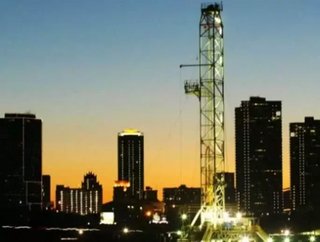 “These investments continue the trend of global energy dollars returning to the U.S. as the shale revolution continues,” an editorial in The Wall Street Journal argues. “Once-small (now big) U.S. companies like Chesapeake led the way, U.S. majors like Exxon and Chevron have joined the party, and now foreigners are following.”

Other international companies have joined the race for shale in recent months. Last week, SandRidge Energy sold $1 billion worth of its acreage to Spain's Repsol and Aussie giant BHP Billiton picked up an additional $15 billion of Petrohawk's shale. It makes sense—companies are investing in acreage in the US while natural gas is low ($3 per mcf) and the value of dollar is high.

According to the Journal, most drilling booms are associated with spikes in prices, which ultimately leads to a washout. However, “the shale boom may be a paradigm shift that remakes the US energy industry.”

Today, shale gas now accounts for 34 percent of total US natural gas output, has created hundreds of thousands of jobs and will significantly lower imports of fossil fuels. However, let us not forget the potential environmental impact of a technology still arguably in its infancy. Hydraulic fracturing or “fracking” has generated mass debate in regards to safety, its impact on local water supplies and potential cause of disruptive seismic activity.

The economic benefits and energy security gained from foreign investments in America's shale industry are obvious now, but at what price will we be paying for them in the future?