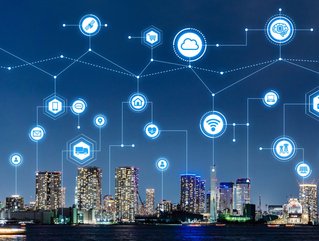 Industry analysis company Allied Market Research (AMR) has released a new report estimating that the smart grids will almost triple in value by 2025.

Conceived as an interconnected system combining energy storage technology, automation and monitoring equipment/software (such as IoT, cloud and AI), smart grids will bring about fundamental changes to core aspects of the energy sector:

Production: Power plants can be reduced in size but increased in quantity.

Market: Breaking with decades of tradition, energy companies will cease to be regional concerns and instead become decentralised, international entities.

Transmission: Similar to the market changes, smart grids will be transmitted on a much smaller scale, but with local battery storage to balance instabilities.

Consumer: Whilst previously customers would simply pay for (sometimes inaccurate) bills, the introduction of smart meters has ushered in a new era of interactivity with energy producers and led to energy and cost-saving efficiencies.

A vision of the future

Far from being the result of a singular event or cluster of companies, AMR posits that shifting consumer demands and tech developments across the entire energy sector are causing the increased profitability of smart grids.

“The global shift toward secure, sustainable, affordable, and uninterrupted electricity supply is driving changes in the production, transmission, distribution, and consumption of electricity.

“In addition, supportive government policies and regulations to use smart meters and rise in investments in digital electricity infrastructure are also some of the crucial factors that drive the market growth,” it said.

Big regional winners in energy’s new landscape are projected to be North America and Asia-Pacific (APAC): the former has held supremacy over the smart grid market since 2017, whilst APAC is anticipated to achieve the highest overall CAGR growth rate (16.1%).

AMR accounts for this by forecasting an overall increased level of utility connectivity between urban and rural areas. This will likely be introduced to compensate for grid instabilities and ensure a higher overall level of service.