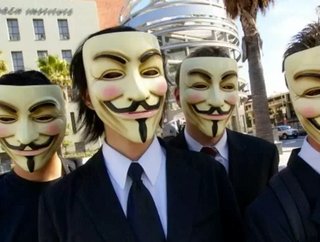 If youre an oil company working in Canadas oil sands, youd better make sure your Internet security is robust, because international computer hacker gro...

If you’re an oil company working in Canada’s oil sands, you’d better make sure your Internet security is robust, because international computer hacker group “Anonymous” has announced that any and all companies involved in oil sands activities are the next targets for massive data security breeches.

Anonymous has been working as a social justice organization attempting to expose what it believes to be criminal and/or socially and environmentally unjust business practices.  The group just recently hacked industrial agriculture giant Monsanto, revealing the names, phone numbers, addresses and email addresses of 2,500 of the company’s employees and affiliates.  The security breech was carried out in response to Monsanto’s attacks on organic and small-scale farmers, as well as the proliferation of genetically modified organisms (GMOs).  The hackers plan to create a Wiki-style database with the information stolen to make it available to the general public.

U.S. May See First Oil Sands Mine in Utah

Anonymous has warned that companies such as ExxonMobil, ConocoPhillips, Canadian Oil Sands Ltd., Imperial Oil and the Royal Bank of Scotland can expect similar treatment for their involvement in oil sands activities.  The group’s intentions are being named “Operation Green Rights,” and support environmental activism.

"We will, over the course of the next few days, use the powers we posses to spread news about this scenario and the corporations involved. We are actively seeking leaks to expose the corruption that we all KNOW is beneath this," the group wrote in a press release.

The group isn’t just attacking corporations, but is also targeting military, police and other law enforcement agencies.  Anonymous plans to target U.S. government contractors this week according to a Twitter announcement made Sunday.  On Monday, 90,000 military email addresses were stolen from servers owned by Booz Allen Hamilton.

So basically, if you’re an oil sands company or government contractor, be warned.  Now may be the time to invest in some beefed up Internet security, otherwise you’ll likely fall victim to Anonymous.  Whether or not the group’s activities are justified has yet to be seen.  Obviously they are breaking the law; however, groups such as this and WikiLeaks are reigning in a new era of corporate and government transparency.  In this age of globalization, transparency is vital to ensure the world’s masses understand and align with corporate and government activities, otherwise, a general sentiment of mistrust will prevail.  Unfortunately, transparency hasn’t been a strong suit for many governments and corporations, and the people of the world are obviously getting fed up.  Essentially, companies and governments are going to need to “keep their noses clean,” because in the digital era, it is far too easy for information to disseminate.