Are businesses being overcharged for energy? 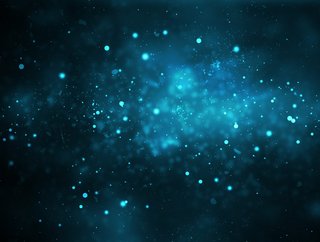 The past year has seen energy suppliers being told to make redress payments by OFGEM of over £11.4m to mainly domestic customers f...

The past year has seen energy suppliers being told to make redress payments by OFGEM of over £11.4m to mainly domestic customers for overcharging.

It is easy to make assumptions that this is deliberate but few CEOs would deliberately court front-page news by overtly overcharging in such a heavily scrutinised market, and the likelihood is that other factors are to blame, such as internal controls on communication, failure to react to legislative/regulatory changes, and training.

It is sometimes difficult to sympathise with an Energy Supplier as they are often portrayed as large corporations with no empathy towards their customers, however when it comes to the complexity of the makeup of charges on an energy bill the UK has ended up with a very complex system, and there are so many interested parties involved in the decision-making that any simplification will be slow to arrive.

Under Government direction, OFGEM has over the years significantly intervened in the price setting and billing process in the energy retail market, with an example being the price cap being introduced in the domestic sector. OFGEM is not the only regulator complicating the calculation of bills though as HMRC also play a role in setting VAT and CCL rules, with different rates, exemptions for some industry schemes, complex de-minimis rules and rules on exemptions depending on building use, sometimes requiring apportionment.

The process of billing energy is complex compared to many other industries as there is a variety of “Pass Through” costs that need to be applied. Unlike billing for a manufactured product, which may consist of many component parts and processes, this not purely a commercial pricing decision, it needs to be accurate or be open to regulatory challenge. In addition, suppliers need to be aware and apply rules based on individual customers, such as the Warm Homes Discount, industry exemptions such as EII exemptions and Climate Change agreements, as well as accurately recording meters changing ownership.

An additional complexity is that some of the charges on electricity are taken not at the meter reading level but are adjusted upwards to recover losses in the delivery process, emulating distributed and generated energy

The increase in available consumption data through the increase in half-hourly power settlement has already started to increase the complexity of billing, and as we move further into an energy data world we will see increases in the complexity of distribution and generation charging through local networks. Customers will be placing a lot more trust in their energy suppliers getting billing right the first time.

The complexity of billing has created a mini-industry of third-party billing validation services.  It is strange that the inaccuracy of billing is at such a level that this service exists. A small number of these providers emulate the billing process and are now capable of predicting bills for large consumers using energy trades and consumption patterns, allowing clients to free up working capital.

By Martyn Young, Director of ZTP (www.ztpuk.com) - the energy management and software specialist.