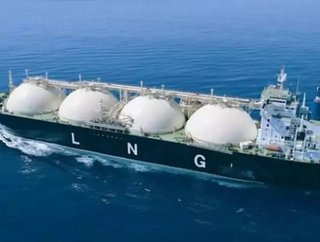 Liquified Natural Gas (LNG) has been embraced as a commercially attractive and eco-friendly fossil fuel, and the global industry is set to see the eme...

Liquified Natural Gas (LNG) has been embraced as a commercially attractive and eco-friendly fossil fuel, and the global industry is set to see the emergence of new gas giants, with Australia competing against traditional LNG exporters such as Qatar, states new research by energy experts GBI Research.

The report states that natural gas has experienced growing demand worldwide, having earned a reputation as a clean, safe and cheap source of energy, which is cost-efficient to transport as LNG and available in abundant reserves.

The LNG industry of Australia is currently the most promising market in the world, and is expected to attain market dominance in the next five years. Recent offshore discoveries have found a huge abundance of reserves in the country, and the Australian government is providing strong support to the industry, in the form of encouraging regulatory structure and initiatives. Asia-Pacific acts as a big customer for LNG imports, fueled by the region’s growing economies, and neighboring Australia is ideally positioned to become an LNG export hub meeting this need.

Floating Liquified Natural Gas (FLNG) terminals are expected to be a technology game-changer in the future LNG industry, due to enormous advantages, despite the technology still being in development stages and yet to commence commercial operation. In the near future it is expected that 10% of LNG produced globally will be a product of natural gas extracted from offshore basins, which is around 40% less expensive than that from onshore natural gas projects.

Australia has shown its ambitions as a LNG hub through their FLNG activity. After spending many years in R&D and investing over US$500m, Dutch major Shell announced its Final Investment Decision (FID) to construct a floating LNG project at Australia's Prelude field in May 2011. The project is expected to start by 2017, with a processing capacity of 3.6 million tons.

As of 2011, total LNG trade among 25 active countries stood at 233.1 million tons, from trade of only 157.6 million tons in 2006, when a mere 16 countries were involved in the export of LNG. As of 2011, Qatar, Malaysia, Indonesia, Australia and Nigeria are the top five LNG exporting countries, contributing to around 151 million tons of LNG exports to their major importers. Similarly, Japan, Korea, Spain, UK and China are the top five LNG importing countries, contributing to around 163 million tons of LNG imports from their major exporters. Investments in LNG projects are set to steadily increase during the immediate future, with global capital expenditure for upcoming LNG projects estimated to exceed US$200 billion over the 2012–2017 period.