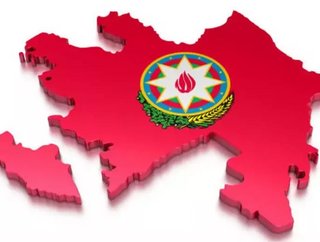 [email protected] Make sure to check out the latest issue of Energy Digital magazine Top Azerbaijani, EU and U.S. officials and members of the Shah...

Top Azerbaijani, EU and U.S. officials and members of the Shah Deniz consortium gathered in Baku earlier this month to commemorate a major milestone in the development of a new energy corridor that will connect Caspian natural gas to Europe and provide much-needed energy diversity to the region.

Officials marked the signing of the Final Investment Decision (FID) agreements of the Shah Deniz phase II development project. Anticipated to cost $40 billion dollars, the project will enhance Azerbaijan's integration with its European partners and, once again, underscore Azerbaijan's leadership in promoting prosperity and development in the region.

"The agreement to be signed today will change the energy map of Europe," said Azerbaijan President Ilham Aliyev. "I believe that Shah Deniz will reach many more destinations in Europe than those we are signing for today."

The FID agreements are significant:  Shah Deniz represents the first new major gas volumes into Europe in decades and significant investment for southern Europe. The consortium announced in June 2013 its selection of Trans Adriatic Pipeline (TAP) as the pipeline route connecting Shah Deniz energy to Europe through Greece, Albania, and Italy.

"This is a truly historic day for Azerbaijan,” said Rovnag Abdullayev, president of SOCAR. “This is the first time that our country and this region has embarked upon such an ambitious gas project. This project paves the way for Azerbaijan's future and the region's future."

Azerbaijani energy into Europe will enable diverse and competitive markets to ensure energy security inEurope and the region. With this important investment decision, the Southern Corridor and its related market development, additional gas supplies and infrastructure construction come closer to realization. The consortium aims for the first gas deliveries from the project to reach Turkey in 2018 and Europe in 2019.

"Shah Deniz will open up a new chapter in Azerbaijan's energy leadership," said BP Group Chief Executive Bob Dudley. "As it did at the end of the 19th century, Azerbaijan is poised once again to provide energy security to Europe."