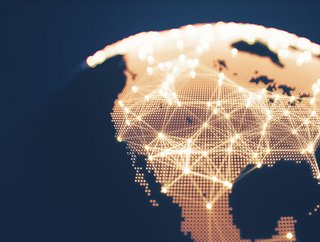 If you speak to any distribution network operator (DNO), they will tell you that customer service and satisfaction is their number one priority. If t...

If you speak to any distribution network operator (DNO), they will tell you that customer service and satisfaction is their number one priority. If there is an outage or failure, they want to be seen to be responsive – giving timely updates and information on when the problem will be fixed. To do that, they are investing in new technologies to improve the design, operation, maintenance and improvement of distribution networks everywhere.

However, traditional electric distribution networks, like our own grid in the UK, weren’t built with today’s technologies in mind. The traditional DNO distribution model focused on one-way delivery of electricity, with clear and reliable definitions of upstream and downstream.

With the evolution of the UK’s energy mix, moving to a more balanced blend of traditional energy sources with distributed generation – from the likes of renewable sources, energy storage and microgrids – the classic DNO model is changing. The upshot of this is a bottom up approach to the modern distribution network and a great deal of confusion. And this isn’t going away. The UK generated more electricity from renewables than traditional fuel sources for the first time at the start of the summer. If renewables are to continue to rise, this will be dependent on how network operators are able to balance the network.

The recent findings from the government-sponsored Future Power System Architecture programme makes for some interesting reading. What’s at stake is the power sector drifting off course instead of focusing on a smooth transition that works for all stakeholders. The fact is, DNOs don’t know where to position themselves as companies. In the future, they may be responsible for balancing the network, in the transition to a more complex, systemic model that accounts for and manages multiple points of variable supply and consumption – far removed from the traditional one-way street of electricity delivery. Employing these modern technologies and practices are what separate a DNO from being a Distribution System Operator (DSO).

The role of the DSO

In order for DSOs to satisfy customers – especially during times of peak demand – they must account for an enormous variety of production and load scenarios, as contingencies rise in step with the number of Distributed Energy Resource (DER) mechanisms added to the network. Accommodating the addition of new part-time energy sources further swells network management complexity.

Distribution generation, demand response, and energy storage mechanisms introduce new variables to any system. These new variables require a more flexible network, not only with respect to its operation, but also investments in new network infrastructure – as well as ways to manage and develop that infrastructure at the lowest cost.

The DSO also faces challenges that the DNO does not. DSOs must deal with flexible demand, and operate networks that can accommodate resources like demand response. They control networks capable of intelligently aggregating many different geographically dispersed inputs and the complications that come with that. For example, demand generation sources can’t always control their own production levels. Increased feed-in can also exceed local load, causing grid congestion, or have voltage variation and other power quality problems. What’s more, demand generation source locations are sometimes less than ideal. For example, they’re not close to the highest loads, where they might most efficiently alleviate peak demand.

DNOs don’t become DSOs overnight, but over time. A long time. And the rate at which that transformation occurs varies. It varies by continent, country, and region. One of the more likely models for the UK to adopt can be found in Australia. Although a geographically larger island, the energy grid there is built in clusters, as opposed to the continent of Europe for example, which runs on an interconnected system.

One of the more common concerns expressed by DNOs as they implement automation systems is quite simply the move away from manual controls. Once a system is running decisions led by highly intelligent, computerised tools, machine-based philosophies and models, this marks a clear break from the past. The networks of the future cannot be managed by human intervention alone. It is these systems that will accelerate the evolution of network operation.

While this transition is taking place, the reality is the next decade is unclear. It is going to depend on the stake the government and those running the system will take in modernising the grid.