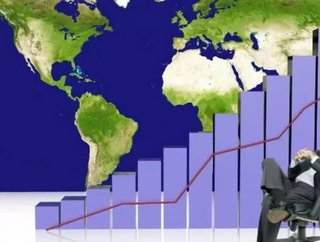 One of the biggest oil market manipulation investigations in history is being undertaken by U.S. regulators this week. Two well known energy commodity...

One of the biggest oil market manipulation investigations in history is being undertaken by U.S. regulators this week.  Two well known energy commodity traders and two trading firms owned by Norwegian billionaire John Fredriksen are being sued for allegedly squeezing oil markets and making $50 million in 2008.

Traders James Dyer of Oklahoma’s Parnon Energy and Nick Wildgoose of Europe’s Arcadia Energy used their key positions within the U.S. trading sector to manipulate the oil market.  By impressing tight supplies to boost oil prices, then subsequently dumping those “lost” barrels back into the market, prices crashed and the traders raked in huge profits from short-sale positions held in future markets.  The two traders reportedly stopped their illegal activity in April 2008 after regulations increased and investigations began sweeping the commodities trading sector.

"Defendants conducted a manipulative cycle, driving the price of WTI (crude) to artificial highs and then back down, to make unlawful profits," the lawsuit filed in New York said.

"This is a very big deal in that we seldom allege that the defendants manipulated the crude oil market to the tune of $50 million in ill-gotten gains," says Bart Chilton, commissioner of the Commodity Futures Trading Commission (CFTC).  "That's an awful lot of money, and when we look at how consumers are suffering at the gas pump, we need to prosecute activity like this to the fullest extent of our authority under the law."

Oddly enough, the two traders being sued—Dyer and Wildgoose—both worked as traders for BP Plc in the early 2000s.  This was the same timeframe that British Petroleum (BP) was fined a record $2.5 million by the New York Mercantile Exchange for manipulating U.S. oil markets.

The lawsuit being pursued against Dyer and Wildgoose, as well as Parnon Energy and Arcadia Energy, says that the CFTC may seek damages of up to triple the monetary gains illegally accrued—roughly $150 million.

So there you have it.  While it’s easy to point the finger at the big oil companies raking in the profits, more often than not it is shady, dishonest traders who set the price of oil (with the exception of BP apparently).  In fact, the very idea of oil—which people are so dependent on—being traded as a commodity should be called into question.  Instead of relying on true supply and demand, we as consumers are left at the mercy of traders.  And if you can point out a single trader who isn’t solely concerned with lining their pockets with as much cash as possible, then you’ve found the proverbial “needle in a haystack.”