Billionaire petrochemical corporations around the world 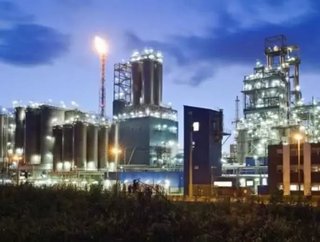 BASF (Germany) With nearly 385 production sites and 105,000 employees around the globe, German-based mega-conglomerate, BASF, is currently the...

With nearly 385 production sites and 105,000 employees around the globe, German-based mega-conglomerate, BASF, is currently the world’s leading chemical company. The company services customers with high-quality products and intelligent system solutions, and maintains partnerships in almost every country in the world. In 2009, BASF’s sales reached an impressive €50.7 billion, which is a 21 percent spike from 2008. The company constantly seeks out new market opportunities. By leveraging its new technologies and maintaining sustainable development principals, the business has a huge advantage over any competition.

A primary focus of the largest German oil and gas producer is exploring, and producing, on oil and gas-rich regions in the Caspian Sea, Europe, North Africa, Russia and South America.

A wide range of technology-based products and solutions, and a global presence within approximately 160 countries have helped to create one of the most successful petrochemical companies in the world. Dow Chemical is centered on extremely high-growth sectors including agriculture, coatings, electronics, energy and water.

Each of the 52,000 employees takes responsibility for managing chemical products so as to ensure minimal negative effects on the environment, as well as on people. All products are manufactured, stored, transported, used, disposed and recycled with a very high regard for safety.

Sales in 2009 came to an extraordinary $45 billion. The company produces over 5,000 products, which are manufactured at 214 various sites, within 37 countries around the world.

Most people in the world have heard of ExxonMobil at some point or another. ExxonMobil Chemical is one of the largest petrochemical companies around the globe and is well-positioned as a worldwide leader in the industry. The company has experienced significant innovative breakthroughs since its inception in 1920. Many ExxonMobil Chemical sites are combined with refining operations within one entity in order to better service its customers.

Sustainability is a primary focus of the company. As environmental issues are a major concern for the business, it regularly seeks out ways of reducing emissions and establishing processes that are more efficient in saving energy. Emissions are regularly publicly reported, and ExxonMobil continually supports research to better understand climate-change issues. Additionally, through the use of technology, the company strives to minimize its impact on the environment, while also maintaining its role in meeting the world’s demand for petrochemical products. The company’s estimated annual revenue is $55 billion.

The Reliance Group is a global leader and the largest polyester yarn and fibre producer in the world. Additionally, the company is among the top five to ten producers in the world in major petrochemical products. Reliance is the largest private-sector corporation in India, and its flagship company, Reliance Industries Limited, is a Fortune Global 500 company. The company’s annual revenues are in excess of $44 billion.

Much of the company’s success and growth can be attributed to its backward vertical integration strategy. The business originally specialized in textiles, and then progressed into the business of polyester, fiber intermediates, plastics, petrochemicals, petroleum refining and oil and gas exploration and production. The company is fully integrated along the materials and energy value chain.

With 59 manufacturing sites in 18 countries throughout North America, Europe, Africa-Middle East, South and Central America, Asia Pacific and Australia-New Zealand, this petrochemical business is responsible for the entire value chain, from refinement to end use. LyondellBasell Industries is the largest producer of polypropylene and polypropylene compounds. Additionally, the company is a worldwide leader in polyolefins technology and refined products, such as biofuels. LyondellBasell is also a top supplier of technology licenses, as well as catalysts for polyolefin production.

Products are sold in over 100 countries around the globe and, as demand continues to increase, expansion for the company is inevitable. The company’s 2009 revenue reached approximately $31 billion. With 14,000 employees worldwide, LyondellBasell prides itself on its reputation for delivering high value to customers. The company practices responsibility, manufacturing products safely. Facilities operate in a socially responsible manor, protecting the environment, as well as the health and safety of people.