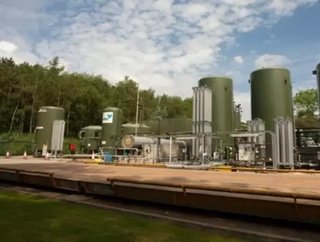 This launch marks the start of a nationwide investment in infrastructure seeking the ultimate prize of wiping out nearly two-thirds of the nation&#39...

This launch marks the start of a nationwide investment in infrastructure seeking the ultimate prize of wiping out nearly two-thirds of the nation's heavy goods vehicle (HGV) emissions.

Gasrec's ground-breaking new facility in Daventry is the first of its kind. It will lead to significant cuts in pollution and fuel costs; allow gas-powered or dual-fuel trucks to use Bio-LNG; and will operate in a similar way to a traditional petrol station.

Transport Minister Norman Baker said: "The innovation shown by Gasrec and its partners in projects like this can help the UK meet its ambitious carbon reduction targets while creating green jobs to build the economy.

"This announcement represents a significant step towards achieving carbon and air quality benefits and I am very pleased that demonstration fleets from the Government's Low Carbon Truck Demonstration Trial will be refuelling from this site."

Compared with pure diesel equivalents, Bio-LNG can cut fuel costs by 20-30 percent and CO2 by a minimum of 20 percent, while delivering a 90 percent reduction in NOx and particulate matter emissions. Running the UK's HGV fleets on Bio-LNG could cut haulage emissions by up to 65 percent, according to a report by consultants Ricardo-AEA.

Gasrec commercial development manager, Doug Leaf said: "The launch today is a very proud moment for everybody at Gasrec. It clearly shows how our technology, innovation and ambition are leading the way to shrink pollution and costs for the UK's HGV haulage fleet.

"It is a pleasure to see our service not only saving customers significant sums of money but also helping them to play their part in protecting the environment. Big haulage companies are working and investing with us because they understand this intrinsic value.

"This is the important first step of a journey which we have high hopes will be a national success story."

Daventry is the first site identified by Gasrec as part of its national Bio-LNG refuelling network planned to be up and running by the end of 2015, helping the UK meet its 80 percent greenhouse gas reduction target by 2050.

The fuelling station officially launches on Thursday, May 23. The facility opens with Parliamentary Under Secretary for the Department for Transport Norman Baker MP's visit to the Daventry International Rail Freight Terminal site, near Junction 18 of the M1 in Northamptonshire.

The planned network will be conveniently located near motorway junctions so that 85 percent of the UK's HGV population will have at least one location within four hours' drive. The entire system will be monitored from a control centre in Daventry and is set to keep expanding.

Storing enough fuel to fill 700 HGVs a day, each of the manned stations will be equipped with five refuelling lanes and ten dispensers using 'fast-fill' technology accessed by drivers carrying smart key controls.

Gasrec is specifically looking to serve multi-location logistics organisations and in the last 18 months has already installed eight refuelling stations at customer sites. Clients include B&Q, Sainsbury's, and Tesco.

The Daventry site is capable of fuelling up to 250 HGVs a day in the first phase from three Bio-LNG dispensers. The second phase will increase that capacity to up to 700 vehicles.

Gasrec will provide training and support to drivers. This will initially be carried out at the station, before customers' own teams are able to train their colleagues.

Fuel is stored at -160 degrees Centigrade and is pumped through vacuum-insulated pipework all the way to the dispenser nozzles. A five-person Gasrec team will staff the station 24-hours a day.

Gasrec's liquefied biomethane production plant in Albury, Surrey, is capable of producing more than six million litres of diesel equivalent a year. The plant is located next to a large municipal landfill site and the gases from the decomposition of organic waste are cleaned and liquefied. The fuel produced is guaranteed to be at least 96 percent biomethane and no more than four percent nitrogen.

Bio-LNG is delivered in liquid form and dispensed either as liquid or compressed gas. Unlike other forms of compressed gas, refuelling facilities do not need to be next to a high pressure gas main. This compressed gas has biomethane in its blend.