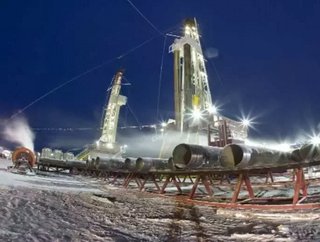 Nexen's $15.1-billion deal to be acquired by China's state-owned CNOOC Ltd has been approved, officially replacing the US as Canada's biggest energy investor and market.

China's largest overseas takeover in history was approved by the Committee on Foreign Investment in the United States (CFIUS) Tuesday, who had been considering the transaction since July. It had already been approved by regulators in Canada, the UK, the European Union and China.

The deal includes assets from heavy oil and shale gas in Alberta to offshore leases in the Gulf of Mexico. Over the years, as Canada's extraction technology has improved, its proven oil reserves have reached at least 180 billion barrels, putting it just behind Saudi Arabia and Venezuela. In 2010 and 2011, oil sands alone accounted for one-third of Canada's economic growth, according to the country's national statistical agency.

After President Obama rejected the $7 billion Keystone XL Pipeline, which would have moved oil from Canada and North Dakota to refineries on the Gulf Coast, PM Stephen Harper has said that Canada needs to diversify its energy markets. Though Chinese bids for North American companies haven't always been welcomed, CNOOC's bid will bring the much needed capital to Canada to exploit the oilsands.

In the politically sensitive Gulf of Mexico region, areas of security concern in energy and telecommunications may mean that Nexen will have to dispose of its assets in the US in order for the deal to go through. Those terms have yet to be announced.

The transaction is expected to close the week of Feb. 25.