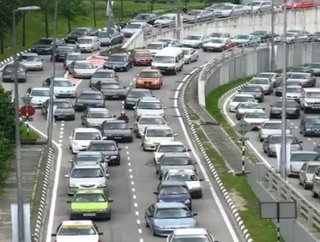 Anyone stuck in the toxic gridlock of rush hour traffic can support the claim that there are just too many drivers on the road. While the cluster-cram...

Anyone stuck in the toxic gridlock of rush hour traffic can support the claim that there are just too many drivers on the road. While the cluster-cram of high population indeed contributes to many commuter's anxiety and stress levels, it also creates a lot more harm, by consuming an alarming rate of energy. That is why experts are claiming living in an urban environment within walk-able distance of public transportation is one of the most energy saving practices a person can perform to reduce costs and conserve resources.

While people have strove to reduce their energy use in recent years, doing everything from installing energy efficient light bulbs, home appliances and supplemental solar out-fittings, these steps, though in the right direction, are small compared to the enormous energy footprint created by transportation. While Energy Star homes save energy at an average of 20 percent, that is still below the energy impact gleaned from merely riding public transit as opposed to commuting.

Currently 70 percent of all energy use comes from building and transportation expenditures. Single passenger transportation is not just an issue of dramatic energy consumption, but it is also a poisonous agent in environmental pollution. When tied with building use, transportation creates 63 percent of greenhouse emissions, which constitutes the majority chunk of toxic pollution.

According to a recent English study, a single-family living in a suburban housing district consumes an average of 240 million BTUs (British Thermal Units), while a, “transit-oriented development” consumes an average of 147 million BTUs, approximately a third less overall energy consumption than the suburban dweller. The majority of this huge energy discrepancy comes from the suburban livers commute to work, as their transportation energy-use alone accounts for 132 million BTUs a year. Yup, it is shocking, but a person living in the suburbs uses almost as much energy in commuting alone, than an urban resident uses all together, in all facets of their life.

So while we make great strides as a country in becoming aware of our correlation to energy,  we ultimately may need to reshape our American Dream, and trade in that big house in the suburbs for a city apartment with sweeping views of the subway.