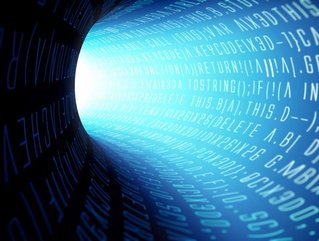 By not sharing data, the UK energy industry is missing out on savings of $92,000 for every MW of peak capacity, which equals $5.3bn per year...

By not sharing data, the UK energy industry is missing out on savings of $92,000 for every MW of peak capacity, which equals $5.3bn per year. This includes key players like the National Grid, investors, battery manufacturers and management contractors.

The figure was arrived at by QBots, a company providing renewable energy solutions to businesses, and Foot Anstey, one of the UK's top 100 law firms. The two undertook research into reducing infrastructure spend across the distribution network and the grid, having a greater security of supply by not relying on fossil fuel plants, and balancing energy supply at a local level rather than at national transmission levels. The report found that if the main energy players were to share their data effectively across these areas, it would result in huge efficiency savings and new ways of working, opening up additional revenue streams.

A whole new industry has formed to manage increasing amounts of data. One new system that has been developed is the blockchain, a method of storing and sharing data in highly secure "blocks,” the most famous example being the Bitcoin cryptocurrency. Chris Prichett, Head of Energy at Foot Ansley explains: "That's a system we're likely to start seeing more and more. It involves everybody sharing information and a huge amount of processing power, but as an enabler of a smart localised grid that's where the future is, and will be within five years.

"Blockchain will make a huge difference to the way we generate, consume and account for energy," he continues. "It will be the biggest single driver of information change in the energy market, and the volume of processing requirement for a blockchain system involving energy is enormous."

While it is a closed, secure system, it will make it possible for people to share their data in urban environments. "If I don't use a certain amount of electricity in a day I can sell it on to my neighbour, who may not use all that and it spills over to the next neighbour," Pritchett explains. "All of that extra energy and selling gets automatically paged into my account under a self-completed transaction, which is all recorded by blockchain technology."

The concept of sharing

The potential savings of data sharing will vary across the world. The US has very different grids and infrastructures, whereas throughout Western Europe data sharing is far more ingrained into operations, where suppliers are more accustomed to pooling information and using it to drive the market.

"We have seen quite a few pilot projects with aggregation of domestic batteries, particularly in the Netherlands, which clearly require an awful lot of information being accessible to a lot of different people," Pritchett says.

"Germany in particular has this concept of municipal energy, and municipal energy generation. That drives their approach to doing things. In that sense, Europe is a bit more advanced in its thinking."

However, he adds that the UK is making big inroads into financing research, "particularly looking at battery technology and performance. About $368mn has just been announced for the Clean Growth Plan. There's a whole load of really exciting research, presumably on the understanding that everybody will be able to see the benefits of that research, and apply that to a market to make it mature."

In terms of how receptive companies are to sharing data, it depends on what they perceive its value will be. "For some organisations it's quite straightforward and they think it's a good idea, for others it's a bit alien because historically they'd always jump to protect their own IP, and they'd want to make sure their information is better than that of their competitors. From a profit-driven, commercial base it's coming, it's always a change in the way of thinking," he says.

To begin data sharing, someone needs to take the lead before others follow: "It's the confidence and the worry that you might do it and no-one else does it back," Pritchett notes.

Some organisations are already implementing this. Tesla is one example, with its scheme to share autopilot data with their partners.  In the UK Smart Cities initiatives are trialling similar models, such as putting sensors in recycling skips so councils know when they are full, and using data for people to identify available parking spaces before they've left the house.

Smart cities are clearly the way forward. As Pritchett explains, "that's one of the more intriguing conversations where there are often formalised arrangements for people sharing data. That's sometimes driven by the Open Data Institute and people who are trying to facilitate the development of smart systems or cities – whether that is energy, particularly looking at transport infrastructure, air quality, or generally liveable cities – rather than smart for smart's sake."

Developing smart cities is where a lot of demand is going to be driven, however it will require commercial organisations to change their attitude towards data sharing.

"We're doing pretty well in the UK in certain places, and parts of the US do it really well too," Pritchett says. "Cities like Tel Aviv seem to be getting on top of this. I think the concept of cities taking more control over their systems and improving traffic, air quality and energy usage, and becoming energy independent, represents not only great opportunities for people within those cities to have a better quality of life, but also for commercial organisations to get involved.