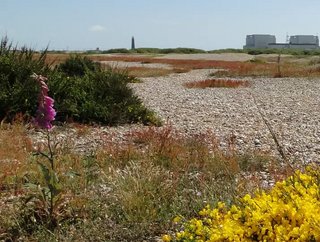 EDF's decision to move Dungeness B nuclear power station into the defuelling phase with immediate effect will increase reliance on gas to stabilise the grid and result in higher emissions and prices, the head of the Nuclear Industry Association has warned.

EDF cited a range of "unique, significant and ongoing technical challenges" for its decision and said the plant, which was built in 1967 and whose final electricity was generated in 2018, ran for 10 years longer than its original design life. It connected to the grid in 1983.

"Although many have been overcome, new detailed analysis has further highlighted additional station-specific risks within some key components, including parts within the fuel assemblies," EDF said in a statement.

John Benn, Station Director at Dungeness B said the station has been a cornerstone of life in Kent for decades. "It is a very special place and the team has a real sense of family – we are part of the community," he said. "EDF has had to make a hard decision – but it is the right one. It gives our teams, our community and our business a clear understanding of the future."

He added that the defuelling stage marks "the next chapter" and will take several years, which will provide ongoing opportunities for staff and require specialist skills.

Tom Greatrex, Chief Executive of the Nuclear Industry Association, said Dungeness B was the first of a nuclear fleet that has saved over 1.2 billion tonnes of carbon emissions, the equivalent of all UK emissions from 2018 through 2020, and far more than any other electricity source.

"Despite its difficulties, the plant has been of one of the ten most productive low-carbon assets in UK history. Only other nuclear power stations have done better. It’s a testament to the tireless ingenuity and dedication of the hundreds of site workers who have kept the plant operating for close to four decades," he said.

“Its retirement underscores the urgency of investing in new nuclear capacity to hit net zero: in less than three years, more than half of our nuclear fleet will be gone. If this base of firm power is not replaced, we will have to rely on gas to stabilise the grid.

"This fossil fuel dependence will cause higher emissions and higher prices and push our climate goals further from our grasp. Instead, we can choose to invest in nuclear power alongside renewables to secure a green recovery and a net zero future for the UK."

In its Energy White Paper, The UK Government aims to:

Hinkley Point C, EDF's flagship project, will deliver around seven per cent of the country’s current electricity needs - enough to power the equivalent of around six million homes - but it won't come on stream until the mid-2020s.