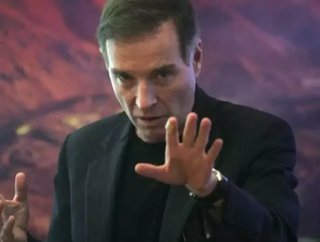 Eike Batista: Brazils Oil Man and One of the Richest Men in the World Brazilian oil man Eike Batistas ambition is topped only by his unapologetic cand...

Eike Batista:  Brazil’s Oil Man and One of the Richest Men in the World

Brazilian oil man Eike Batista’s ambition is topped only by his unapologetic candor.  To say Batista is a lucky man is an understatement, and a slew of highly successful companies are the proof.  He is Latin America’s wealthiest man and Forbes’ 8th richest billionaire in the world, but that’s not enough for Batista, and he has publicly stated his intentions to become the wealthiest man in the world within the next decade.

Batista was fortunate to be born to a highly respected Brazilian government worker, Eliezer Batista da Silva, who also headed of one of the world’s largest mining companies, Companhia Vale do Rio Doce.  Batista got his start in mining, studying metallurgical engineering at the University of Aahen and becoming a gold trader.  He moved into exploration, harvesting gold dust from the Amazon and eventually managing numerous gold mines.

Batista made his way into the oil and natural gas market with OGX in 2007, and has grown the company into the largest private oil and gas exploration firm in Brazil.  OGX’s current portfolio includes 29 exploratory blocks in Brazil’s offshore basin, containing an estimated 6.7 billion barrels of net risked prospective resources.

Batista lives life in the fast lane… literally.  In his youth, Batista was a national and international champion speedboat racer and has financed several speedboat racetracks throughout Brazil in his effort to mark his home country as one of the top nations in the sport.  He was also married to Brazilian Playboy model and Carnival Queen Luma de Oliveira, with whom he had two children.

It seems like Eike Batista has everything, but he is a superstitious man who accredits his good fortune to his superstitious nature.  He believes the reason his companies are so successful is in part to the inclusion of the letter “X” in all the company names.  Batista claims that X is the symbol for multiplication of wealth.  Also, all of the monetary business deals made by Batista include the number 63, the number of his racing boat when he was a champion in his youth.  Now, he seeks to be the champion in a different kind of contest, the race for the title of “Richest Man in the World.”  Speculators have predicted that if Batista’s business trends continue, he could be worth $200 billion by 2020, clinching the title for sure.