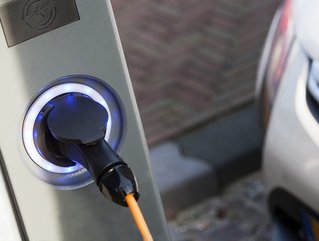 Dyson, the British technology firm better known for its innovation in the vacuum industry, is expanding its horizons, revealing it’s plans to inves...

Dyson, the British technology firm better known for its innovation in the vacuum industry, is expanding its horizons, revealing it’s plans to invest $2bn into the production of an electric vehicle (EV) in 2020.

The company has had as many as 400 staff working on the project that it has kept secret for two years, with Sir James Dyson keen to keep the project under wraps despite the announcement.

"Competition for new technology in the automotive industry is fierce and we must do everything we can to keep the specifics of our vehicle confidential," he said.

Dyson weighing in is a sign of the times for the EV industry, demonstrating a continual market surge, something that Taavi Madiberk, CEO of Skeleton Technologies, a market leader in ultracapacitor-based energy storage, believes will require significant structural planning:

“With tech players such as Dyson now entering the electric car market, it is clear that the competition in the sector is reaching new heights and is ripe for disruption. Dyson’s move into this market is set to further ignite an already dynamic sector, resulting in wider adoption and interest in EV and alternatively fuelled vehicles.

“With much of the headway already made by Tesla, this rapid surge in electric cars will set new demands for power in the UK and bring concerns over the ability of our national energy infrastructure to support the future peaks. At this point, it is becoming critical that we adopt technology that allows us to smooth over the energy consumption needs that the country is yet to experience.

“Government, industry bodies and innovators in the sector must work together to support energy storage technologies that complement the grid, such as ultracapacitor and battery technology. Only by having a stable and reliable energy infrastructure will the country be able to benefit from the exciting electric vehicle technologies that industry innovators such as Dyson will bring.”

Madiberk’s comments echo the points made in a recent study conducted by a collaboration of AA and BT, looking at the need for greater infrastructure investment in order to support the ballooning of the EV industry.