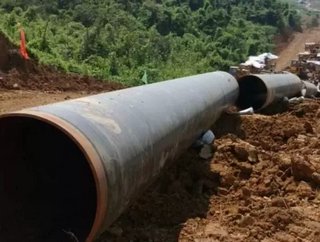 Natural gas is booming in the U.S., and some say the countrys reserves make it the Saudi Arabia of natural gas. In the last decade, hydraulic fracturi...

Natural gas is booming in the U.S., and some say the country’s reserves make it the Saudi Arabia of natural gas.  In the last decade, hydraulic fracturing technology has allowed vast shale reserves—once thought unreachable—to be tapped.  The gas boom is drawing huge investment from giant oil and gas companies as well as a slew of start-ups eager to get into the newly revived industry.  Now, two major players in the natural gas business are merging to form what will become the largest natural gas pipeline company in the U.S.

Energy Transfer Equity LP has agreed to buy Southern Union Co. for $4.2 billion.  The acquisition will allow Energy Transfer’s vast presence in key natural gas shale production areas to integrate with Southern’s access to markets in the Midwest and Florida.

The new industry giant will have the capacity to move more than 30 billion cubic feet of natural gas per day along some 45,000 miles of pipeline.  This equates to approximately half of the natural gas in the U.S.

Energy Transfer will acquire $3.7 billion in debt from Southern Union.

The "mind-boggling" levels of natural gas liquids production coming out of the Permian Basin and Eagle Ford Shale areas of Texas has already tied up pipeline systems in the region, Energy Transfer Chief Executive Kelcy Warren said during a conference call with investors.  “I personally see a train wreck if someone doesn't build takeaway capacity in that region very soon.  We're committed to doing that."

After the completion of the acquisition in the first quarter of 2012, Energy Transfer will have access to more shale production areas than any other company in the U.S.  It is already planning to invest an additional $1.7 billion in expansion projects.