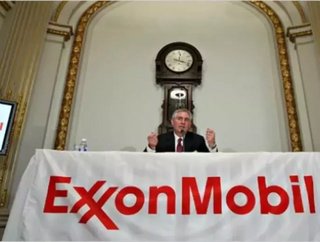 Another year just wrapped up, but many energy experts are already looking to the future&hellip;to the way, distant future, in an effort to predict just...

Another year just wrapped up, but many energy experts are already looking to the future…to the way, distant future, in an effort to predict just where energy is heading in the rapidly changing marketplace. Recently, the Exxon Mobile Corporation released their 30 year “Outlook for Energy” report which approximates what changes will take place in the energy sector within the U.S. and the world at large over the next three decades. And for the most part, the findings look good.

While Exxon predicts massive shifts in the energy landscape of America, they see the marketplace sustaining energy production in harmony with consumer demand, while at the same time witnessing major reductions in environmental impact. Exxon estimates the standard American car will average 45 mpg, as compared to 2011’s average mpg: which putts along at a measly 22 mpg. This approximation hinges on their belief that hybrid vehicles will make up the majority of new purchased vehicles in 2040, as consumers will largely favor the gas saving vehicles, increasing the hybrid share to 80 percent of new car purchases, (a huge shift from the currently pathetic 2 percent of new vehicles America witnesses now.)

Not everything will increase with time however, CO2 emission is projected to drop to levels not witnessed since the 1970's, as tomorrow’s natural gas omits up to 60 percent less CO2 omissions than today’s environmentally clunky fuel of choice: coal.

Yet while fuel is projected to get cleaner and energy products more in line with energy efficiency, Exxon’s projections read a bit conservative. With the rampant green movement spreading like wildfire through the mass consciousness, a future where consumers are still shackled to outdated fuel sources like fossil fuels seems unbelievable. Yes Exxon accounted for the utilization of hybrid vehicles, but where is their mention of electric vehicles? Some innovators may even be bold enough to claim advances in solar technology in the next thirty years that could create vehicle technology entirely independent of fossil fuels, especially when taking into consideration the enormous growth in technology within the last ten years.

It is only rational to believe America’s surge in technological innovation will compound in the next thirty years, freeing up a whole flurry of innovative products. So all in all, thanks Exxon for your more or less partial report, but in determining the future of energy, America may just have to consider the source.