The future of the grid: Is COVID-19 a crystal ball? 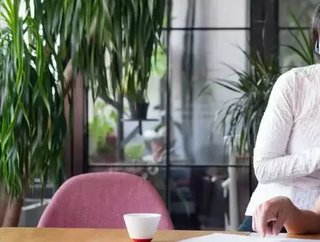 Will the grid return to normal - or has it given us a glimpse into what we might carry over to our new lives...

In January this year, electricity prices were on average half that of January 2019 due to the unseasonably warm weather. Since then, as a result of COVID-19, the grid has continued to be exposed to abnormal events; the disappearance of the difference between weekday and weekend daily profiles and demand spikes following our “clap for carers” on a Thursday evening to name just two.

With lockdown restrictions being relaxed at pace and recent transport stats showing signs of life returning to normal – will the grid also return to normal or has it given us a glimpse into what we might carry over to our new lives?

A gas bridge to nowhere

The first quarter of this year saw renewables make up 47% of the electricity mix – up from the previous record of 39%. Solar had its best ever month in May and as costs continue to fall and routes to market grow, renewable capacity will climb. The question remains over non-renewable sources. It’s clear the reign of coal has ended with 67 consecutive days of no-coal generation seen in 2020 already. Gas had been lying in wait, but has its moment already passed?

Gas is often hailed as the bridge fuel to our low carbon future, but it looks as though it’s becoming a bridge to nowhere. Gas’s prominence on the system has declined year on year already – at a time when fuel costs are low this is wholly unexpected. Despite the rise of gas peakers helping to offer flexibility to the grid, they won’t be running at full load, full time so will be unable claw back some of the losses from traditional, baseload gas generators. Rethink Technology Research has suggested by 2030 it will be cheaper to install and run renewables and storage – a sure sign that the gas bridge is quickly running out of ground. We may very well have already seen our last new combined cycled gas turbine.

How low can it go?

It’s no secret that renewables are intermittent. This lack in constant output has in part been the reason behind greater price volatility over the past few years. A case in point: over the late May bank holiday, unusually low demand met with the perfect conditions of a windy and sunny day to plunge prices negative. Although not the first time this has happened, the day ahead prices for 23rd May saw 16 consecutive hours of negative pricing – reaching a low of nearly -£55 per MWh.

There’s no doubting the industry will increasingly move to prices more reflective of real-time costs. The question will become how much of the savings will be passed onto consumers and how this is arranged. As demand creeps back up, extended periods of negative pricing are unlikely but until we create a demand profile that mirrors our generation profile, we’ll keep seeing prices dip negative.

Despite the headline grabbing detail of negative wholesale prices, the cost of balancing the grid has soared during lockdown. While National Grid had been developing products to help from 2025, it chose to launch one sooner than planned due to the unusual events: Introduced in May 2020 through the Balancing Mechanism, Optional Downward Flexibility Management (ODFM) tackles the unusually low lockdown demand by paying distributed energy resources to turn down. While a smart move to keep the grid in check, this is another cost that must be borne by consumers.

Like a visit to a clairvoyant, the start of this year has given us a glimpse into the grid of 2025 when renewables will take up the lion’s share. Questions remain to what extent heat will be electrified or decarbonised through hydrogen moving forward, and the impact of vehicle-to-grid charging. But COVID-19 has shown for certain how flexible the grid can be. The energy transition is well underway in the power sector, with the many tests of 2020, and the many records being broken, this is a glimmer into the grid of the future.