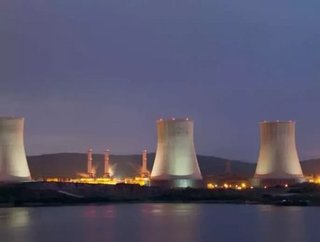 French utility GDF Suez (GDFZY) is planning to sell a major stake in its Australian electricity generation and retail business, as it increases its efforts to reduce debt and bolster profit hurt by Europe's slow recovery from the global recession.

According to the WSJ report, GDF Suez has hired Deutsche Bank to offload up to $500 million that is 30 percent stake of its International Power (Australia) Holdings Pty Ltd (IPAH) unit, which runs a coal-fired power plant in Victoria State along with two gas-fired power plants and a wind farm in South Australia State.

RATCH Australia, a joint venture between Thailand's Ratchaburi and Australia's Transfield, is a possible contender, with negotiations with bidders having been under way for "some time".

But GDP Suez could struggle to sell its Australian electricity assets due to declining demand, particularly for its large coal-fired power stations as there were limited parties looking at merchant generation assets in Australia, a Data Room report suggests.

It would be of interest to some of the big funds, leaving aside coal, said Shaun McGushin, partner at Corrs Chambers Westgarth. The difficulty is going to be the coal."

The coal-fired Hazelwood power station, which has been listed as the dirtiest in the developed world by World Wild Life organization, and the Loy Yang B power station in Victoria, both come under GDZ Suezs kitty.

Some big funding firms have recently expresses their concerns over coal investment. AMP Capital said earlier this month that it would not be interested in funding certain mining and energy projects including coal-fired power generation. Hunter Hall, another funding company has excluded fossil fuel companies from its portfolio.

It may be of some interest to some of the bigger funds if they focus on this as a portfolio investment in the electricity industry. However there are long term remediation issues with Hazelwood and clearly any funds that only invest in responsible or ethical investments will not be looking at this," said McGushin.

The IPAH unit also sells power and gas to more than 350,000 customers in Victoria. GDF could retain a stake of around 40 percent in IPAH following any deal.

According to reports, GDF Suez has a debt burden of $34bn and is looking to sell the stake in a similar way to its $480m deal with Japan's Mitsui in October, which saw it offload a 28 per cent holding in four power stations across the two states.

"In the normal circumstances it is difficult to see any of International Powers major competitors being interested in taking a 30 percent investment here -- they typically will want control. It may be of more interest to other industry players such as Marubeni, Mitsui or Ratch," said McGushin.

GDF Suez has been reducing its stakes in other noncore assets globally.

In August last year, the group sold 50 percent of its Portuguese power assets to Japanese trading house Marubeni. In May it also sold a 20% stake in a giant Brazilian dam to Mitsui. In late 2012, GDF Suez also sold a 60 percent stake in a wind and solar power project Canada, to Mitsui and a consortium led by Fiera Axium Infrastructure.