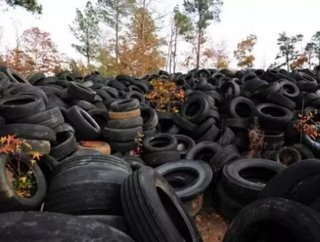 In rural South Carolina, a sprawling pile of hundreds of thousands of tires has gotten out of control. According to Calhoun County Council C...

In rural South Carolina, a sprawling pile of hundreds of thousands of tires has gotten out of control. According to Calhoun County Council Chairman David Summers, the mound is so large, “You can see it from space.”

Authorities estimate the mess to be around 250,000 tires, covering over 50 acres, according to satellite images. The state health department is investigating who has been dumping the tires while a Florida tire processing company helps to haul it away. Michael Keitt Jr. of Far Rockaway, NY is one of several heirs to the property, all of whom live out of state.

Meanwhile, the state Department of Health and Environmental Control has issued a case against George Fontella Brown on three charges of violating the state's solid waste act, which may include penalties of thousands of dollars in fines and up to a year in jail.

An historical problem in Calhoun County and similar rural areas, tire dumping is not a new problem. Compared to a larger tire pile in the 1990s, this is miniature, according to Summers.

"This tire pile here is a baby compared to what that one was," said Summers, who previously worked for a company that ended up shredding those used tires.

Most retailers charge $2 for every tire bought in order to help pay for the cleanup and recycling of used tires, yet many wont make it to recycling plants and instead end up in gigantic piles.

Tricia Johnson, owner of Lee Tire Company, Inc., has declined to name who called her to help cleanup the mess. The tires being shipped to her Florida facility will either have oil and steel extracted from them or will be shredded. According to Johnson, using the shredded material for tire-derived fuel burns more cleanly than coal and can be used for paper mills. She expects to have all the tires processed by early next year.

"He had good intentions," Johnson said of the man who called and asked for her help. "He is trying to clean it up. He just got stuck. He tried all the resources to move the tires as quickly as he could."