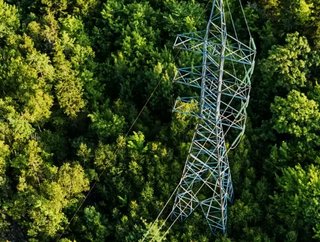 CO2 emissions from electricity rose by nearly 7%, taking them to a record high, reports the IEA

Global electricity demand grew 6% in 2021 which was the largest ever annual increase in absolute terms (over 1500TWh) and the largest percentage rise since 2010 after the financial crisis, according to an IEA report.

Around half of the global growth took place in China, where demand increased by an estimated 10%.

Global electricity demand was boosted by a rapid economic recovery, combined with more extreme weather conditions than in 2020, including a colder than average winter. The industrial sector contributed the most to demand growth, followed by the commercial and services sector and then the residential sector, the report notes.

As gas prices are expected to be relatively high throughout 2022, coal is set to largely maintain its role during the year (declining by 3%), but is likely to decline significantly in 2023 (down 15%) and 2024 (down 13%) due to declining gas prices and slower demand growth. CO2 emissions from electricity rose by close to 7%, taking them to a record high, and coal-fired electricity generation also reached an all-time peak, growing by 9%, the fastest since 2011, propelled by the exceptional demand and coal’s cost competitiveness in some markets compared to gas, the report found.

On the bright side, the IEA forecasts record-breaking renewables growth (up 8% per year on average) is set to serve more than 90% of net demand growth and fossil fuel-based generation is predicted to be "broadly flat in the coming years" - although this appears at odds with a separate report which forecasts global oil consumption is projected to reach 104.1 mb/d by 2026, representing an increase of 4.4 mb/d from 2019 levels.

It identifies three key reasons for demand growth - the continued economic recovery; rebound effects will continue in 2022 because health protection measures in place at times in 2021 dampened demand; and finally, the expected easing of the energy crisis, which resulted in supply shortages and prohibitively high energy prices in Q4 2021, will support growth.

The IEA expects a slowdown in global electricity demand growth during 2023 (2.6% increase) and 2024 (slightly above 2% increase) as rebound effects run out and energy efficiency measures start showing effects.