How to manage waste on offshore oil rigs 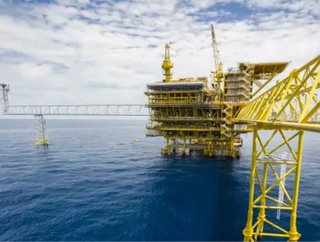 [email protected] The March issue of Energy Digital magazine is live There are more than 4,000 offshore oil rigs in the Gulf of Mexico and during th...

There are more than 4,000 offshore oil rigs in the Gulf of Mexico and during the exploration and production of oil a lot of waste – from industrial to human – is generated that must be managed. What options do offshore rigs have to manage waste?

In the United States, offshore oil and gas companies have three main options for waste disposal – discharge to the sea, underground injection or encapsulation, and onshore disposal. A fourth option, incineration, has rarely been used, according to the report “Offshore Waste Management – Discharge, Inject, or Haul to Shore?” written by John A. Veil, Argonne National Laboratory, Washington, D.C.,for the Integrated Petroleum Environmental Consortium.

The U.S. government does not dictate a specific disposal option that must be used. The U.S. legal system establishes requirements for each disposal option, and companies decide for themselves which of the options they will follow. Numerous potential waste management options exist, but many of those potential options are precluded by regulatory requirements, according to Veil’s report.

The U.S. Environmental Protection Agency prohibits the practice of discharging oil-based drilling fluids in the sea, so that option, which may be cost effective, is eliminated. Other potential options are discarded for legal or technical reasons and offshore operators usually have a strict catalog of legal and technical options. Operators will choose from these remaining waste management options on the basis of total costs.

Wastes that are in compliance with permits and other regulatory requirements will mostly be discharged at sea. Those wastes that cannot be discharged are injected or are brought to shore for disposal. The industry has developed an effective infrastructure for collection, transportation, and onshore disposal of wastes that are not suitable for on-site discharge or injection, according to the report.

In the Gulf of Mexico, nearly all of the other wastes are brought to shore for disposal. Injection of E&P wastes occurs only occasionally in the Gulf of Mexico. In California, small volumes of drilling wastes and treatment, workover, and completion fluids are disposed through annular injection. Other types of wastes are brought to shore and disposed of in accordance with state rules, the report states.