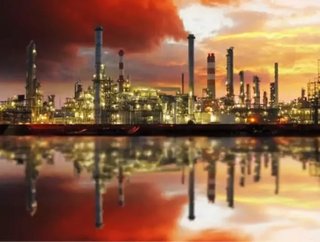 [email protected] Make sure to check out the latest issue of Energy Digital magazine The benefits to society of fossil fuel energy far outweigh the...

The benefits to society of fossil fuel energy far outweigh the social costs of carbon by a magnitude of 50 to 500 times, according to a study released by the American Coalition for Clean Coal Electricity (ACCCE).

According to the study, “The Social Costs Of Carbon? No, The Social Benefits Of Carbon,” over the past 250 years global life expectancy has more than doubled and incomes have increased 11-fold in large part due to increased energy production and delivery, most of which has been fossil-based. And although a United States government Federal Interagency Working Group (IWG) estimated the social cost of carbon to be $36/ton; the actual societal benefits of carbon - as a by-product of energy production - is 50 to 500 times greater than the perceived cost.

The report goes on to say that coal is the world's fastest growing energy source and has increased nearly as much as all other sources of fuel combined. Much of this growth is in emerging economies, which are just beginning to realize the social and economic benefits that reliable, affordable electricity can bring.

It is expected that coal will continue to be the leading feedstock for electricity generation around the globe for at least the next three decades. Additionally, according to the statistical arm of the U.S. Department of Energy, the Energy Information Administration, fossil fuels will provide 75 to 80 percent of the world's energy for the foreseeable future.

“It is without question that communities and nations the world over have benefited from fossil fuel energy and those benefits will continue to be realized around the globe for generations to come,” ACCCE President and CEO Mike Duncan said. "Fossil-based energy has powered three industrial revolutions, including today's technology revolution. It has increased life expectancy, improved the quality of life, and raised the standard of living in communities everywhere.”