How Utilities Are Using Innovative Technology to Protect the Grid 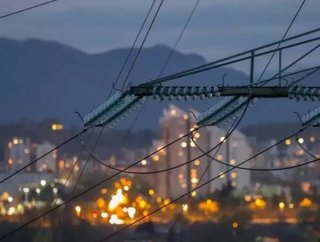 Among the states hit the hardest by Hurricane Sandy, very few utility companies had adequate smart meter technology in place in order to efficiently res...

Among the states hit the hardest by Hurricane Sandy, very few utility companies had adequate smart meter technology in place in order to efficiently restore power to customers within a timely period.  Crises like Sandy have forced utilities to improve their response systems, many of which still work independently of one another.

There are five major technology areas that can give utilities a better view of their grid.  These areas include smart meters and their communication systems; DMS, GIS and SCADA; outage management systems, mobile workforce management systems; and business analytics tools.  These are all integral pieces of the grid, but separately, they can be difficult to manage.  Fortunately, an Advanced Distribution Management System (ADMS) can integrate all of a utility’s response systems into one for maximum control and efficiency.

Outage management systems have been the core of utility control centers since the implementation of direct digital controls in the 1980s.  Those systems analyzed patterns of phone calls and compared them to outages in the field.  They were an improvement upon the wholly manual systems of the past, but early outage management capabilities were unable to reliably provide awareness based on varying situations.  Newer systems have integrated digital mapping tools.

Smart meter systems have also enhanced monitoring capabilities, much like they did during Sandy, when utility Baltimore Gas & Electric was able to return power to its customers through the help of smart meter sensors.  The meters enabled the utility to monitor outages by sending messages to see if the units responded.  The process was worlds more efficient than calling customers by phone to check their power status.  Within 48 hours, 90 percent of BGE’s customers had their power restored, and the company calculated that they had saved more than $1 million in labor costs by more efficiently dispatching workers and cutting the need for 6,000 truck deployments.

Utilities also use mobile workforce systems to dispatch crews and update work orders.  Originally, outage systems and workforce systems were separate, but over the years, they have been merged through custom integration.  Newer platforms offer the two systems in one package and have developed from laptop computers to smaller handheld devices.

The DMS, GIS and SCADA

A Distribution Management System (DMS) is a collection of applications used to monitor and control the entire distribution network.  A DMS is designed to reduce outages, minimize outage time and maintain acceptable frequency and voltage levels.   A GIS (geographic information system) is a system designed to capture, store, manipulate, analyze and manage all types of geographical data. They are most often used by utilities to track and monitor assets in the field. A SCADA is a type of industrial control system that operates with coded signals over communication channels to provide control of remote equipment.  The traditional DMS integrates SCADA systems, mapping and demand modeling tools in one platform.  In some instances, the outage and workforce platforms are fully integrated within the DMS, but they often run separately, as does a GIS.

An ADMS system combines all of these systems together while also incorporating new information from meters and sensors that have recently been deployed in the field.  This could potentially enable a utility engineer to access any combination of data in one place, including location of workers, status of jobs, maps of the service territory and even social media feeds from customers citing outages.  Beyond a crisis, the utility could monitor voltage levels, the amount of demand on the grid, and the performance of distributed systems like solar and batteries.

The delivery of ADMS technology has been delayed due to an array of factors.  Many of the enabling devices were only deployed in the field as a result of the $90 billion stimulus package allotted to support renewable energy projects and smart grid technologies. Costs of equipment and software can also be a tough sell to regulators.

Still, major grid software and hardware developers such as GE, Schneider Electric and Siemens have increased their ADMS offerings and used extreme weather conditions as a way to sell utilities on their benefits.  Utility adoption is increasing nationwide, but many are still missing out on the system that can streamline all of their response systems, protecting and strengthening their grid.