Iberdrola to Spend $5B to Boost Mexicos Energy Sector 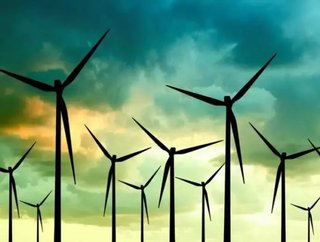 The funds will be used for Mexicos natural gas and renewable energy projects. Spain rsquo;s largest utility Iberdrola SA plans to invest up to $5 billio...

The funds will be used for Mexicos natural gas and renewable energy projects.

Spain rsquo;s largest utility Iberdrola SA plans to invest up to $5 billion in Mexico between 2014 and 2018 to help the country rebuild its energy industry, which was reformed by the countrys present administration. In fact, the company's initiatives already underway represent investments to the value of US $1.5 billion.

Iberdrola entered into a deal with the Mexican Federal Electricity Commission (CFE), which involves electricity generation, transmission and distribution in Mexico. The agreement also lays out a plan to build infrastructure for storing natural gas, and investing money on renewable energy projects.

The Spanish utility said the deal would also allow the exchange of information on implementing new technologies and managerial experiences between the two bodies.

Galan also said Iberdrola would make its natural gas reserves over the U.S. border in Texas available to Mexico.

Earlier this month, Mexico's President Enrique Pena Nieto made his first official state visit to Spain since he took office in 2012.

Iberdrola is not new to Mexico. The Spanish company has long been running gas-fired power plants and wind farms with a capacity to generate over 5,200 megawatts (MW) of electricity.

Iberdrola has three wind farms in operation in Mexico and a total six combined-cycle power plants spread across Monterrey and Baja California with the largest being the Tamazunchale plant.

The Spanish utility also owns the 70MW Dos Arbolitos project in south-east Mexico, which is due to come online later this year.

Iberdrola has been operating in Mexico since 1998 and plans to expand its presence in the Mexican energy market during the next four years.Top of FormBottom of Form

Iberdrola has said that it considers Mexico and Brazil as the two most strategic locations for Latin American business growth.

Mexicos telecom baron Carlos Slim is also said to be contemplating investing in the energy sector with the reforms having made the sector more lucrative.