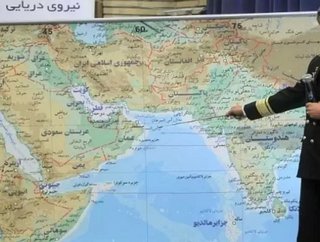 In late December, Iran threatened to block the Strait of Hormuz, the world&#39;s most important oil shipping lane, should sanctions be imposed on its...

In late December, Iran threatened to block the Strait of Hormuz, the world's most important oil shipping lane, should sanctions be imposed on its nuclear program from the West. But how effective would Iran's move to close the Strait be? As the EU and the US move forward with sanctions and prepare to tap alternative routes to make up for any shortfall in Iranian crude, tensions and oil futures are on the rise. How far will each side go before a war of words turns into something greater?

Robert Powell, Senior Editor of The Economist Intelligence Unit and Middle East analyst for The Economist, comments on the current situation.

It's a dangerous threat... The potential for talks between the key players is extremely low, so the prospect of a fundamental shift that would at least improve the atmosphere is extremely low. The way the momentum is going is towards more sanctions, and then Iran is going to find itself in a position where its bluff has been called... It's not going to work, but given the plausibility of other avenues, they may end up following through on this.

What is implied by Iran's threats to its Arab neighbors (particularly Saudi Arabia) should they increase production to make up for any shortfall in Iranian supplies?

It's extremely vague. Iran has more ballistic missiles than any other country in the Middle East, so if they wanted to get military involved, they could potentially disrupt many people's lives. It's highly unlikely that it would escalate to that point, however...

The Arab countries are trying to take a middle ground. The Saudis have, in the past, agreed with the Iranians that they would not produce any extra oil to compensate for a falloff in Iranian supplies in the context of new EU sanctions. However, Saudi oil production is extremely high at the moment...They could potentially maintain that level.

Will the West have to tap into emergency supplies?

If Iran closed the Strait, I imagine there would be a dipping into supplies in the near term just because there would be such a shock and prices would go far out of line... In reality, any effort to close the Strait of Hormuz would only be temporarily successful—at best.

OEC could supply about 14 million bpd for a month, using everything they've got...to fill the gap for those crucial few weeks to at least minimize the market shock... But those supplies are not sustainable nor is the Iranian threat.

How would Iran's economy suffer should they follow through with a blockade?

Before you can talk about the economic Iranian mess, it would actually fall apart militarily first—they couldn't physically close the Strait in any case. Economically, it would do absolutely horrendous damage, of course... About 75 percent of Iran's exports come from oil sales, and all their tanker terminals are effectively on the wrong side of the Strait of Hormuz. If they blockade, they blockade themselves...They have very large foreign exchange reserves, so they could call upon the World Bank... and could probably keep going for about six months.

How will Asian markets respond?

China is not going to cut off oil from Iran entirely. Chinese purchases fell in January, but rose very strongly last year. They still rely very heavily on Iranian crude... That's why the Chinese Premier has been in Saudi Arabia and the Korean Premier has been in the UAE and Oman. They're exceptionally nervous about this.

Can Arab countries produce enough oil to fill the void?

Those countries would struggle to fill the gap. There is an East-West pipeline that goes to Yanbu in Saudi Arabia with the production capacity of roughly 4.5 million bpd, but that's a long way below 9.8 million bpd. And of course, Saudi Arabia uses around 2.5 million bpd itself for domestic needs... The UAE has a pipeline that will be open by July that will bypass the Strait of Hormuz to the Gulf of Oman, which should be able to maintain its exports... However, these Arab countries would struggle to compensate for the Iranian oil and it would create a major headache for Asian countries.

Is the prospect of war as inevitable as some of the media have portrayed?

The narrative is largely based on... the Iranian nuclear program and the potential for a large-scale US and/or Israeli strike. I still think that is unlikely for the simple reason that it wouldn't really work as the US administration and military on both sides are against it...It appears that the Israeli government is willing to back off a little and give sanctions a little more time...War is by no means an inevitability.

Unfortunately, the threat does raise the prospect of a clash of arms...[which would mean] at the most an airstrike on the Iranian Naval base on the Strait of Hormuz... As for large-scale strikes on Iran's nuclear capabilities, I do not foresee that happening, and the language has become too incendiary.

Is Israel or the US to blame for the alleged assassinations of Iranian nuclear scientists?

It's not certain... it may be an internal matter and many are using the Israelis or the US as a scapegoat. It's not likely that Iran can do a huge amount about it... They would probably like to acquire more weapons from Hamas and Hezbollah... but given the state of Syria at the moment, that's not a viable option. They cannot push the pressure points like they used to, because their major ally, Syria, is in turmoil at the moment.

How long will this last?

Given the predominance of hardliners within the Iranian regime, you cannot really imagine the situation fading at any point. It's far too toxic for any US administration...to have another go at reaching out to Iran.

There's absolutely no chance at this present time of a reformer winning, because elections will simply be rigged...so you're going to have the same hardliners and potentially even more wild people coming into power in the US or Iran, which could actually make things worse... I think this will go on indefinitely. It means a risk premium in oil prices for a long time to come.

It's very difficult to foresee a deal that will be acceptable in either the EU or the US while being acceptable in Iran at the same time. It appears that the two sides are simply too far apart. Although talks are really the only way through this kind of thing, there is simply nothing to talk about.