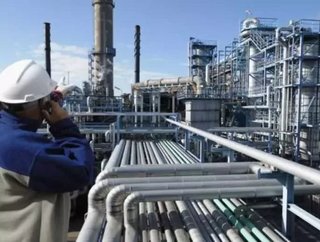 
Niger Delta Pipeline
As Nigeria is known as Africa’s largest oil producer, the Shell Petroleum Development Company of Nigeria (SPDC) is currently constructing an oil pipeline in the Niger Delta as part of a continuous $1.1 billion rehabilitation project. The Nembe Creek Trunkline, nearing construction completion, will measure 97 kilometers. The transportation capacity will reach 600,000 barrels per day, moving oil from a total of 14 oil-pumping stations. Crude oil will be transported from the Niger Delta to the Bonny export terminal, located in Rivers State.

So far, SPDC has replaced over 1,000 kilometers of pipeline over the last five years, around 320 kilometers last year alone, signifying the single largest project for the company’s integrity program. It is imperative that oil transporting facilities in the Niger Delta are kept in proper working order, since much pollution has already enveloped that location, which is known as the largest wetlands in the world. Protesters and saboteurs regularly attack pipeline development in response to existing negative environmental impact that oil transporting has had on the area.

Managing Director of SPDC, Mutiu Sunmonu, stated in a press release, “We strive to maintain our facilities to the highest standards. It is simply a good, responsible, business approach that not only protects the environment and helps our community relations, but also maximizes our production capability.”

Keystone Pipeline
The first phase of TransCanada’s Keystone Pipeline construction has been completed, allowing oil transportation to begin in late-June of this year. The total pipeline is considered to be one of the longest and most costly pipelines ever to be constructed in North America. The pipeline covers a span of 2,151 miles, stretching from the Athabasca tar sands of Alberta to the Wood River refinery, owned by ConocoPhillips and located in Roxana, and then connecting to Patoka, Illinois. The carrying capacity reaches approximately half-a-million barrels per day, which is enough to provide around two percent of the daily U.S. demand.

According to TransCanada, “The US $12 billion Keystone pipeline will play an important role in linking a secure and growing supply of Canadian crude oil with the largest refining markets in the United States, significantly improving North American security supply.”

This pipeline is not being built without concerns, particularly as the nation is still slowly recovering from the recent Deepwater Horizon oil spill in the Gulf of Mexico and, in July of this year, a 30-inch leak from an Enbridge Inc pipeline, which poured around one million gallons of crude oil in the Kalamazoo River.

Sunrise Oil Sands Project
Enbridge Inc, the largest pipeline operator in the oil sands region, is due to construct a pipeline to transport oil from the Sunrise Oil Sands project owned by Husky Energy Inc and BP Plc. The pipeline will cover 112 kilometers, running from the northern Alberta project site to the Cheecham terminal, where several pipelines join together. Construction of the $475 million pipeline is scheduled to be complete in 2013, with an initial capacity of 90,000 barrels of oil a day. Once production is expanded, the pipeline’s planned capacity will reach up to 270,000 barrels per day. Additionally, oil storage tanks will be constructed at the terminal. The company, after recovering from the July pipeline rupture, is working toward building on its regional oil sands pipelines due to an increased output in the region.

Additionally, the company has established that it will invest in a $185-million expansion project. The investment will support the pipeline which serves the Christina Lake oil sands project, owned by Cenovus Energy Inc. Construction of a new $370-million pipeline is also due to take place for the Suncor Energy Inc oil sand operation.

Nipisi & Mitsue Pipeline Projects
Willbros Canada, an independent contractor serving the oil, gas, power, refining and petrochemical industries, will be handling the construction of the Nipisi & Mitsue Pipeline Projects, owned by Pembina Pipeline Corporation. Willbros will be responsible for developing six pump stations, in addition to 90 kilometers of pipeline near Slave Lake, Alberta. Construction on the pipeline is due to begin in December of 2010, and it is expected to be fully operational by mid-2011.

Randy Harl, President and Chief Executive Officer, stated in a press release, "We are pleased to have another opportunity to work for Pembina in support of their heavy oil pipeline transportation capacity expansion efforts. We have seen marked improvement in the Canadian hydrocarbon market, and we look forward to delivering superior quality and value to Pembina."