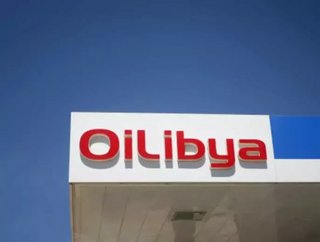 Following the 2011 ouster of Muammar Gaddafi, Libyas oil and gas industrycontinues to be as unpredictable as its politics, with current output levels r...

Following the 2011 ouster of Muammar Gaddafi, Libya’s oil and gas industry continues to be as unpredictable as its politics, with current output levels remaining low, says an analyst with research and consulting firm GlobalData.

According to Will Scargill, GlobalData's analyst covering Upstream Oil & Gas in the MENA region, economic, political and social divisions, combined with an unstable security environment, are stifling the oil industry when the country needs it the most. Additionally, labor strikes and disagreements between different social and political groups have shut down oil production and export.

Still, Libya remains the source of over 10 percent of production for International Oil Companies (IOCs), such as Eni, Repsol, Marathon Oil Co. and OMV. Furthermore, operations recovered quickly following the 2011 conflict, although recent disruptions at oil export terminals have reduced output to as low as 230,000 barrels per day (bd) in September 2013. By October, production was around 600,000 bd – well below the 2012 levels of 1.4 million bd.

“European IOCs have invested significantly in their Libyan holdings and are keen on monetizing their investment. However, in a sign of losing patience, Marathon has signaled that it is considering selling its share,” Scargill says. “Additionally, British Petroleum has yet to resume activity on its three exploration blocks in the country.”

Scargill suggests that Libya’s political divisions will have long-lasting effects on the oil and gas industry, as the country moves to create a new exploration and production sharing agreement (EPSA-V) to attract investment.

Such divisions, and the lack of a constitution, place roadblocks for the legislation required, which means that a new licensing round could be further delayed, possibly into 2015. The round was originally proposed for late 2013, and the most recent date scheduled was early 2014.

“This will disappoint both the Libyan government, which needs to reignite its core industry and attract investment, and the IOCs, which are expecting the EPSA-V to offer improved terms on a large resource pool close to home,” Scargill says.