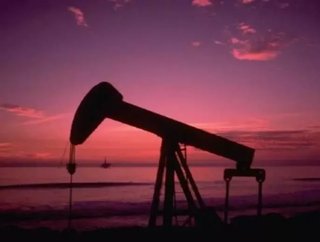 New natural gas production from Southern Illinois shale has the potential to create more than 45,000 jobs in Illinois and $9 billion in economic inves...

New natural gas production from Southern Illinois shale has the potential to create more than 45,000 jobs in Illinois and $9 billion in economic investment, according to a study released today by the Illinois Chamber Foundation.

The study is the first of its kind to focus solely on Illinois' potential when it comes to increased hydraulic fracturing and horizontal drilling – techniques that have been used in other states to create a nationwide boom in natural gas and oil production, as well as increasing economic development and much-needed jobs. The study, "The Potential Economic Impact of New Albany Gas on the Illinois Economy," was conducted by Dr. David Loomis, president of Loomis Consulting and professor of economics at Illinois State University.  It includes these findings:

This highest scenario translates into over $9.5 billion of economic impact for the state.

The Blame Game: The Death of Coal in the U.S.

The economic impact could be even greater – The study's estimates are conservative in part because they do not include the economic impact of land leases that would be given to local landowners, nor does it look at what could happen if exploration discovers extractable oil deposits, such as what was found in western North Dakota.

The study made comparisons to investments in other shale formations and based reasonable modeling assumptions from their experiences, including: gas production levels, number of wells drilled per year, costs per well and amount of local content (Illinois resources vs. those brought in from other states).

"As we look at possible economic engines that could propel Illinois' economy for decades to come, we need to look no further than the potential for increased natural gas production," said Doug Whitley, president and CEO of the Illinois Chamber of Commerce.

"Accessing natural gas in Illinois could produce many direct and indirect benefits and thousands of jobs," said Dr. Loomis, who also does annual studies showcasing the impact of Illinois' wind industry. "Illinois is in a great position to participate in this dynamic energy renaissance."

The Illinois Legislature is currently negotiating with oil and gas interests, business organizations and environmental groups to create regulatory guidelines for future hydraulic fracturing and horizontal drilling in Illinois. The latest industry draft gives Illinois the chance to pass one of the most comprehensive set of protections in the country while providing the industry the certainty it needs to invest in the state.

"Given the thousands of jobs at stake, we hope the Legislature will double their efforts to provide a workable regulatory road map so Illinois has the chance to join the energy production economic boom in the United States," said Tom Wolf, executive director of the Illinois Chamber's Energy Council. "Illinois is in no position to turn away responsible job growth opportunities."

The amount of jobs at stake is not lost on people from the areas where the shale exists.

"The results of this study showcase the exciting opportunities for local communities," said Norma Lansing, president of the Effingham County Chamber of Commerce. "The quantity and quality of jobs that are possible would be a huge boon for the economy in this area of the state."