Is Natural Gas the Next Generation of Vehicle Fuel in America? 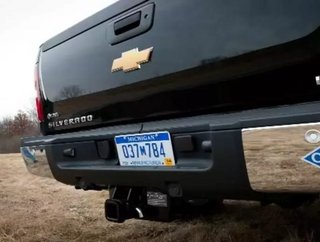 There&#39;s been a lot of talk about the potential of natural gas in the US lately. Coupled with the current prices of gas at the pump, the market is...

There's been a lot of talk about the potential of natural gas in the US lately. Coupled with the current prices of gas at the pump, the market is starting to signal needs for natural gas powered vehicles that will open up access to significantly cleaner burning, cheaper and domestically plentiful supplies of fuel, while reducing the country's reliance on imported, overpriced barrels of oil.

“We have a supply of natural gas that can last America nearly 100 years,” declared President Barack Obama in his State of the Union speech in January.

Companies like Clean Energy Fuels, General Electric and Chesapeake Energy are pumping millions of dollars into building natural gas highways in preparation of the next generation of vehicle fuel in the country. Of course, if a fueling highway is to be worth investing in, vehicle adoption will be the most important first step. Initially, natural gas fueling has focused on the trucking market, where companies' bottom lines are the greatest deciding factor. Lately, however, more automakers are starting to test the waters with their own lines of passenger cars, vans and trucks.

Unlike electric vehicles, cars with compressed natural gas (CNG) engines eliminate drivers' range anxiety. That especially goes for those who purchase GM's recently revealed bi-fuel pickup trucks built with both a CNG tank and gasoline tank. Combined, the new trucks have a range of well over 650 miles. Similar to GM's approach with the Chevy Volt, an electric powered car with a backup gasoline engine, the trucks address range anxiety issues by providing two systems within one vehicle. The primary system, either electric or a CNG engine, helps both the company and its customers test the technology before fully converting.

“We really feel that these trucks will be a barometer on what the true CNG market is like out there,” says Mike Jones, product manager, GM Fleet and Commercial. “The full sized trucks with bi-fuel capabilities are likely to have a widely used platform, so I think this product is going to tell us whether or not this market has legs and can be sustained.”

Although sales for the Volt were much lower than expected, the CNG-powered Chevrolet Silverado and GMC Sierra 2500 pickups are expected to have a lot more traction in today's market. Not only is the transition into more natural gas a politically and environmentally ideal move, but also relatively easy for owners with immediate and easy to identify cost savings.

Having the dual fuel system built in GM's new line of trucks will allow buyers to take advantage of cheaper natural gas prices without having to be completely reliant on the current stage of natural gas fueling infrastructure. Although there are pockets of decent infrastructure in states like California, Oklahoma, Utah and New York, there are currently less than 400 CNG fueling stations throughout the US. Country-wide adoption will still take some time. That's why automakers are taking the best possible approaches to prepare and invest appropriately as that infrastructure continues to grow.

“The biggest challenge we face is current infrastructure,” says Jones. “There is quite a bit of variation from state to state. Bi-fuel pickups offer flexibility to go beyond the range of a CNG station to where the next might be, alleviating that concern for the buyer.”

Last month, the company started taking orders and will begin production in the fourth quarter. At the same time, Dodge also revealed its line of heavy duty CNG-powered trucks. However, Jones says the CNG tanks in GM's new line only use about 25 percent of bed space compared to about 40 percent in the CNG-powered Dodge Rams. They also offer greater flexibility with an increased range.

Honda has been selling passenger cars since the late 1990s at 200 dealerships throughout 36 states. Ford currently offers CNG prep kits for about a half dozen vehicles, modifying those engines at its factories to operate on CNG. Once demand increases, Ford says it will be able to switch to factory-built lines of CNG vehicles.

With gas prices skyrocketing, these changes are happening at an ideal time—good news for the American economy and the environment.