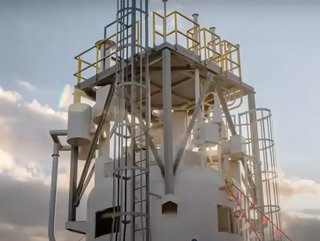 NuScale Power and Spring Valley Acquisition Corp have announced a $1.9 billion merger with the aim of delivering reliable and scalable carbon-free nuclear power.

NuScale expects up to $413 million of gross cash proceeds, including a $181 million oversubscribed, fully committed PIPE anchored by Samsung C&T Corporation, DS Private Equity, Segra Capital Management and Pearl Energy. Upon completion of the transaction - which is expected in the first half of 2022 - Fluor projects will control approximately 60% of the combined company.

The NuScale Power Module (NPM) is capable of generating 77MWe megawatts of electricity (MWe) and its VOYGR power plant design can accommodate configurations of four, six and 12 modules that can provide up to 924MW per day of electricity. NuScale is positioned to deliver the first VOYGR power plant by 2027 and anticipates being profitable by 2024.

"The scale of our ambition is only matched by the world’s enormous decarbonisation needs, and now is the right time to accelerate and expand our efforts to bring our trailblazing SMR technology to more customers around the world," he said.

"Spring Valley will be a highly complementary strategic partner for NuScale as we enter this next phase of growth, with leadership that brings deep expertise in sustainable energy and a strong operating and investment record in the energy sector, including in nuclear power.”

Christopher D. Sorrells, CEO of Spring Valley, said NuScale is a bellwether company that has developed pioneering technology that can have a transformational impact on humanity by improving the energy sector.

"This is the rare chance to invest in an industry-defining technology. We are very pleased to partner with NuScale and its deeply knowledgeable management team to bring this critical technology to market," he said.

Alan L. Boeckmann, Executive Chairman, Fluor Corporation, said it expects that the proposed transaction will bolster and accelerate the path to commercialisation and deployment of NuScale Power’s SMR technology.

"This is the next step in Fluor’s plan, first outlined 10 years ago, to work closely with NuScale Power, Congress and the Department of Energy to commercialise this unique carbon-free energy technology," he said.

He added that the announcement is further evidence that cost-shared government funding to build first-of-a-kind commercial scale technology can attract private investment and yield results. "Fluor will continue to serve as an important partner by providing NuScale Power and its clients with world-class expertise in engineering services, project management and supply chain support," he said.

The NPM can provide consistent baseload power with available load-following, no matter the time of day, weather or season, and be easily integrated into electric grids or used in a variety of industrial applications such as water desalination, commercial-scale hydrogen production and carbon-capture technology.

In 2020, NuScale’s NPM became the first and only SMR to receive Standard Design Approval from the US Nuclear Regulatory Commission (NRC). The advanced design of the NPM eliminates the need for two-thirds of the safety systems and components found in today’s large commercial reactors, which significantly improves the economics of NuScale plants compared to traditional nuclear power plants.

NuScale’s reactors are designed to safely shut down in an emergency and self-cool, indefinitely, with no need for operator or computer action, power or the addition of water – a first for any commercial nuclear power plant. The intellectual property supporting NuScale’s technology is protected by more than 600 granted or pending patents.

Industry analysts estimate that more than 16,000GWe of zero-carbon generation capacity additions will be required globally through to 2040.