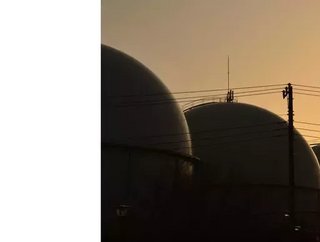 Octopus Energy Group has agreed a major strategic partnership with Tokyo Gas, one of Japan’s leading utilities, in a deal that values the UK entech pioneer in excess of $2 billion (£1.45 billion).

The agreement will see Octopus Energy and Tokyo Gas launch the Octopus Energy brand in Japan, operated by TG Octopus Energy, a 30:70 joint venture backed by working capital and growth funding provided by Tokyo Gas. International tech haven Tokyo will function as a launchpad for Octopus's expansion into the Asian market.

Octopus Energy in Japan will provide 100 percent renewable electricity amongst other services, helping to drive green energy in the world’s biggest competitive energy market. Japanese renewables lag the UK by 50 percent (renewables in Japan in 2019 accounted for 18.9 percent of electricity, compared with 37.9 percent in the UK) but the potential is huge and Prime Minister Yoshihide Suga has set of target of reaching net zero by 2050.

The deal also sees Tokyo Gas take a 9.7 percent equity stake for consideration of $200m, alongside an approximate further $50m equity investment from Origin Energy, to continue its global expansion and technology development. This will see Octopus enhancing its smart grid capability and commitment to driving the green energy revolution around the world.

Since Origin’s initial investment in April, the fast-growth disruptor has launched in the USA and Germany. In the UK it has launched Electric Juice, the country’s first electric vehicle roaming network, and partnered with Tesla to launch Tesla Power. In November 2020, Octopus Energy was named “Technology Company Of The Year” at the National Technology Awards.

Octopus Energy, Founder and CEO, Greg Jackson said: “We are delighted to announce our agreement with Tokyo Gas, one of the most respected and successful Japanese utilities, to launch “Octopus Energy” in Japan. This Joint Venture will bring our exciting approach to renewable energy and technology to the world’s largest competitive energy market, and the investment will turbocharge our mission to revolutionise energy globally.

Octopus Energy Group bought Upside Energy, a leading energy software company based in Manchester, in November, with the aim of establishing the new energy technology (EnTech) hub as the 'Silicon Valley of Energy' (click here).