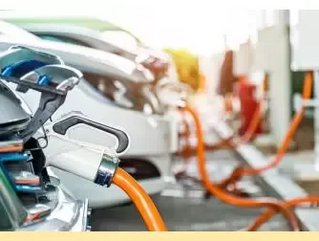 Ofgem is pumping £300 million into electric charge points across UK motorways, cities and towns to kick-start the electric vehicle revolution. Alongside 1,800 new ultra-rapid charge points, tripling the current network, on motorways and key trunk roads, 1,750 charge points will be supported in towns and cities.

As drivers make the switch from petrol and diesel to electric, Britain’s cables, substations and other infrastructure need a massive upgrade to support this new demand for electricity. The investment is part of a broader investment programme for safe, secure and clean energy, with £40 billion confirmed already and more to follow in 2022.

Every region in Britain will benefit from today’s announcement, with 204 net zero projects worth £300.5 million across England, Scotland and Wales.

The UK is in a race against time to ramp up its EV charging network as sales of new petrol and diesel cars and vans will be banned from 2030.

Ofgem research found 36% of households that do not intend to get an electric vehicle are put off over a lack of charging points near their home - although one in four intend to buy an electric vehicle in the next five years. An extensive motorway charging network and more charging points in cities and train stations will help address this ‘range anxiety’, so Ofgem is accelerating investment to boost charge point installation.

Cities like Glasgow, Kirkwall, Warrington, Llandudno, York and Truro will benefit from increased network capacity to support more ultra-rapid charge points, increased renewable electricity generation and the move to more electric heating for homes and businesses. Investment also covers more rural areas with charging points for commuters at train stations in North and Mid Wales and the electrification of the Windermere ferry.

Jonathan Brearley, chief executive of Ofgem said: “This £300 million down payment is just the start of building back a greener energy network which will see well over £40 billion of investment in Britain’s energy networks in the next seven years.

“The payment will support the rapid take up of electric vehicles which will be vital if Britain is to hit its climate change targets. Drivers need to be confident that they can charge their car quickly when they need to. We’re paving the way for the installation of 1,800 ultra-rapid charge points, tripling the number of these public charge points. Drivers will have more charging options for longer journeys.

“In the year that Glasgow hosts the COP26 climate summit, the energy networks are rising to the challenge and working with us and partners to accelerate projects that can start now, benefiting consumers, boosting the economy and creating jobs.”

Rachel Maclean, Transport Minister said: “With more than 500,000 electric cars now on UK roads, this will help to increase this number even further as drivers continue to make the switch to cleaner, greener vehicles.”

David Smith, chief executive at ENA, which represents the UK and Ireland’s energy networks businesses, said: "With just a few months left until COP26 we are delighted to have been able to bring forward such a crucial enabler of the Prime Minister’s green recovery ambitions. Delivering a green recovery for seas, skies and streets, over £300m of electricity distribution network investment will enable wide-ranging projects which help tackle some of our biggest Net Zero challenges, like electric vehicle range anxiety and the decarbonisation of heavier transport. This new funding shows the social, economic and environmental benefits that can be brought forward by industry working closely with a flexible regulator.”

Keith Bell, Member of the Climate Change Committee, said this joint initiative by Ofgem and the electricity distribution network companies is a welcome development, showing flexibility in the regulatory arrangements in the long-term interests of energy users. "On the journey to Net Zero, we need to make it as easy as possible for people to manage without their combustion engine cars. Electric vehicles are looking more and more attractive, but we need to make sure they can be charged easily, and that means having the right infrastructure – charge points and network capacity – in the right place at the right time.

“As well as enabling charging of electric vehicles and the electrification of heat, network investment will provide support for supply chains and, where projects require expansion of the workforce, the creation of new jobs. It will be an essential complement to a smarter power system where innovative information technology and attractive energy tariffs for consumers will ensure we make best use of our electricity system infrastructure.”

Ofgem, the Energy Networks Association and each of the Distribution Network Operators (DNOs) launched a call for evidence in February for energy networks to come forward with projects that could help Britain reach net zero emissions faster and support the economy as the country comes out of the pandemic.

Last year, Ofgem announced its greenest ever price control with billions invested into network companies and the system operator from April this year. The regulator has also indicated that it will allow billions more investment and better use of flexible technologies and innovations for the local electricity networks from 2023.

Society of Motor Manufacturers and Traders analysis of new car registrations in 2020 show that just 4.6% of privately bought cars were battery electric vehicles (BEVs) – compared to 8.7% for businesses and large fleets. In total, consumers registered 34,324 BEVs in 2020, compared with 73,881 corporate registrations.

SMMT has unveiled a blueprint to deliver greater retail uptake – calling for government and stakeholders to prioritise overcoming retail consumer concerns through fairer incentives and a commitment to a dramatically expanded public charging infrastructure. The call comes as SMMT gathers industry and government stakeholders at its first conference dedicated to electrification.

Stuart Rowley, president, Ford of Europe, said: "The scale of the challenge requires a partnership between all the key stakeholders – Government, auto industry, energy providers, local authorities and consumers – and focusing on accelerating the development of the charging infrastructure at home, in the workplace and in public locations. It also should encourage consumers to purchase all-electric and plug-in hybrid vehicles through stronger incentives."