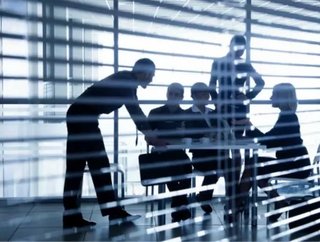 [email protected] Click here for the latest issue of Energy Digital magazine By Andrew Speers The skills shortage facing the oil and gas sector in t...

The skills shortage facing the oil and gas sector in the mid-tier 35-50 age range (those with approximately 10 plus years industry experience) is growing increasingly acute, to the point of crisis.

With global energy demand showing no signs of slowing in coming decades, the demographic crunch point is looming larger than ever.How the industry got to this stage? What are the difficult challenges the skill shortage poses for the sector? What can be done? These are the questions that need solutions.

How did we get here?

The story starts in the 1970s with the energy crisis, when the Organization of Petroleum Exporting Countries (OPEC) forced systematic rises in the price of oil, culminating in the 1980 peak of $98 a barrel, inflation adjusted (and only recently surpassed). As a consequence, economic activity in industrial countries was slowed, significantly reducing oil consumption (by 13 percent in the U.S., Europe, and Japan from 1979 to 1981).

The high prices also spurred, for the first time, co-ordinated and effective energy conservation methods across the developed world. For example, the U.S. saw a mandated increase in CAFE, increasing the average gas mileage in U.S. car production; given that the U.S. was still leading worldwide demand at this point, the move had a disproportionate impact on global consumption.

The shift in the balance of supply and demand was further exacerbated by the removal of traditional barriers to production, for example Presidents Carter and Reagan removing market controls that limited supply, as well as the lowering of the U.S. Oil Windfall Profits Tax in 1981, further incentivizing producers.

These  and other contributing factors led to what has been termed the “1980s oil glut”; a serious surplus of crude oil. Prices accordingly went into free-fall, with a six year long decline in oil prices culminating in a 46 per cent drop in 1986. The real 2004 dollar value of oil fell from an average of $78.2/barrel in 1981 to an average of $26.8/barrel in 1986.

Such a prolonged slump combined with uncertainty as to future prospects for the industry understandably led to a change in behavior across the oil and gas sector. With profits plummeting and cost pressures looming, companies simply shut down their recruitment and training programs. Demand for such places also dried up, with skilled graduates looking elsewhere to build a future.

Where are we now?

As is clear to anyone who has been paying attention, the pendulum of supply and demand has firmly swung back in the other direction in the intervening years. The proliferation of low-gas mileage SUVs (exempt from CAFE) along with the growth of light trucks and rising commuter times worldwide has increased petroleum demand against initial expectations. But of course the major factor driving demand is the rise of emerging economies, particularly China and, to a lesser extent, India.

The U.S. Energy Information Administration’s recently released International Energy Outlook 2013 predicts world energy consumption will grow by 56 percent between 2010 and 2040, largely driven by non-OECD countries where it will soar 90 percent during the same period.

The industry is now facing a prolonged boom, and difficult politics in major supplier countries such as Iraq, Iran, Venezuela, and Nigeria mean that prices are very sensitive on the upside (the oil price hit its record peak in July 2008 at $145/barrel).

Yet the industry is still feeling the effects of the ’80s downturn thanks to the shutting off of training and recruitment, which has now translated into a severe skills shortage at the mid-tier level. The gap is where the recruits-that-never-were would be in their careers today: 35 to 50 years of age, with 10 or more years of experience.

The shortage is being felt right across the breadth of the industry, from the back office to the drill bit. The numbers speak for themselves. The average age of oil and gas workers is astonishingly high, at 56. Almost half of the industry workforce is now over 45, and over half of experienced engineers within the industry will be eligible for retirement in the next five to 10 years.

Recruitment at the lower levels is no longer a problem – the boom has seen to it that graduate programs at all the major businesses are oversubscribed – the problem is the gap.

This is already a major headache for the sector, not just in the sense that getting good quality staff for new roles is increasingly difficult, but also in the sense that the dearth of talent is driving up wages, and fast. So far the sector has been able to muddle through by leaning on that upper layer of experienced workers: in many cases said employees are working well beyond retirement age.

The nature of the industry means this has worked as a short term solution; skyrocketing profits have allowed businesses to absorb the heavy remuneration costs required, and job satisfaction is very high relative to other sectors, meaning that for the most part convincing old hands to work past retirement isn’t an issue. But this is a short term solution: there is an obvious demographic limit to this stalling tactic, and the industry is fast approaching crunch point.

According to PwC, the skills pipeline is a major concern for more than 60 percent of energy CEOs. Opito (the industry training body) and the Engineering Construction Industry Training Board report that over half of firms in the oil and gas sector see the skills shortage as their number one challenge.

The problem is also no longer purely demographic. The rise of resource nationalism in developing countries (where a large portion of the future extraction lies) has added an additional dimension to the skills challenge.

Understandably, governments in these jurisdictions are keen to ensure that newfound wealth from oil and gas makes its way, at least in part, to the domestic population. This has led to the proliferation of quotas for national workers in territories such as Azerbaijan and Brazil.

For historical reasons, however, local talent pools are far more limited than those in developed countries, exacerbating the squeeze on skills. This is having a real dampening effect on exploration, with major companies in some cases having to abandon plans to exploit assets post-investment, due to not being able to fill national quotas. Initiatives to train up local talent face the difficulty of wage disparity: for example, an Azeri worker, once qualified, will be able to get around four times the level of remuneration in the States as opposed to their home country.

Where do we go from here?

Education in the form of training, shadowing programs, and fast-tracking promising recruits will obviously be a key component of the solution, but the difficulties here underline just how much of a challenge the skills shortage poses. Any major training initiative will bring with it substantial cost.

Companies in the space are reluctant to shell out the money to fast-track promising candidates to the mid-tier level due the commercial risk involved. Once trained up, it is all too easy for rivals (who then don’t themselves have the overheads associated with the training) to swoop in and snatch a worker away with the promise of a slightly larger remuneration package.

In effect, the danger is that companies end up subsidizing the training costs for rival workforces. Companies can always ‘lock in’ such candidates to fixed periods of employment following the qualification, but such periods can’t be long enough to justify the costs without also falling foul of fair employment contract laws.

No wonder then the reluctance for any individual companies to unilaterally embark on such an investment. The training and education portion of the solution will need to be co-ordinated, multilateral – a joint effort from across the industry, which includes governments and national oil and gas organizations – but this is of course far easier said than done.

And training programs cannot breach the gap alone. Keeping experienced engineers on past retirement is one thing, but the industry will need to go further and use this talent – while it still exists – in a mentoring, educative capacity to help fast-track promising candidates from below. Even then, another crucial component of the solution will have to involve the industry recruiting staff with the right skillsets sideways, from other, related sectors, such as construction, mining, engineering and so forth.

There is big cultural barrier here; the oil and gas industry is used to sourcing talent entirely from within, and usually reluctant to depart from this tradition. But another factor that has contributed to the skills shortage in the past two decades is greater competition for talent from sectors requiring similar skill sets, such as nuclear and power infrastructure – so why not return the pressure?

An important part of this process is also the need oil and gas companies have to partner with external specialists to leverage their wide, global network of contacts and high quality relationships across the industry if they want to find the right people for an ever-expanding number of roles.