Oil as a Weapon in Saudi-Iran Dispute 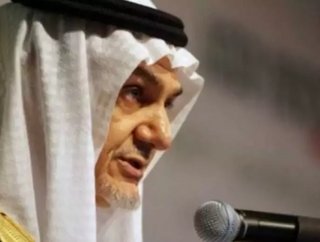 Saudi Arabia and Iran have been in a bitter dispute over the last several weeks. Iran successfully blocked an effort by OPEC nations to release excess...

Saudi Arabia and Iran have been in a bitter dispute over the last several weeks.  Iran successfully blocked an effort by OPEC nations to release excess oil reserves into the market to ease high prices and stabilize the world economy.  In response, Saudi Arabia decided to act against OPEC and release its own reserves.  In no uncertain terms, a bitter feud is brewing between the two oil-rich nations, and Saudi Prince Turki Al-Faisal has stated that the country is in such fear of what may happen if Iran succeeds in attaining nuclear weapons capabilities, that it is considering flooding the market with oil to bankrupt Iran’s government and halt nuclear ambitions.

In a meeting with U.S. and British servicemen at a U.K. airbase, the prince claimed that Saudi Arabia does not want Tehran to attain nuclear weapons, to the extent that the Saudis are willing to completely open their oil reserves to bankrupt Iran.  “We could almost instantly replace all of Iran’s oil production,” stated the prince.  This would equate to roughly 4 million barrels per day.

However, if such an action were to occur, there would of course need to be a naval blockade of Iran’s fleet of oil tankers, which Iran would inevitably view as an act of war.  However, this seems like an unlikely and rather dangerous scenario.  What is more likely to occur is a continued increase in supply coming from Saudi Arabia despite OPEC’s disapproval.  The effect will be a prolonged cut into Tehran’s oil profits.

However, there is still debate whether or not Iran’s nuclear ambitions are even aimed at nuclear weapons development.  An inspection by the IAEA just months ago revealed no signs of weapons development at any of Iran’s proposed nuclear energy facilities, and the country continually claims that its nuclear program is peaceful in nature.  It may be foolish to back Iran into an oil-induced war just to find out in the end—as was the case in the U.S. invasion of Iraq—that there are no nuclear weapons.