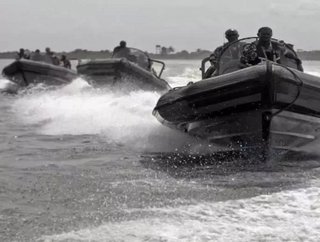 Pirates hijacked an oil tanker and its crew off the coast of Nigeria Tuesday night, the navy and a security company told Reuters. Nigeria&#39;s navy r...

The vessel has arrived safely at Lagos' busy port and no sailors were injured. The pirates fled when they saw the Nigerian naval ship and it is still unclear whether they stole any cargo.

The Singapore owned vessel, Abu Dhabi Star, was seized just 14 nautical miles from the entrance of the Lagos port.

"Reports claim the tanker was laden with fuel and is now sailing into the Gulf of Guinea, which suggests that some or all of its cargo will be offloaded into a waiting vessel and subsequently sold on the region's illegal fuel market," an official told Reuters from the security firm AKE.

The event adds to an increasing number of pirate attacks off the coast of Nigeria and other oil-rich countries in West Africa, driving up shipping insurance costs. In the last couple years, piracy in the area has escalated from less severe armed robberies to more violent hijackings and cargo thefts.

Experts believe that Nigeria's corrupt law enforcement is to blame for the pirates circulating from within the country. In the southern Niger Delta, it's common for thieves to tap pipelines running through swamps for hundreds of thousands of barrels of oil a day.

A Greek-owned oil tanker seized by pirates last month was also spotted Wednesday off the coast of Nigeria. Some 3,000 tonnes of gas oil, worth about $3 million, was stolen, according to AKE.