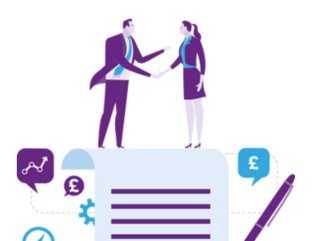 Real estate, construction and hotels are the three sectors most impacted by energy mis-selling when undisclosed commissions inflate the overall energy spend for clients, according to Business Energy Claims.

Callum Thompson, Director at Business Energy Claims said: “The real estate sector is being impacted in the worst possible way. If businesses have used an energy broker to source their energy, there is a high chance they have been mis-sold to and could claim back thousands of pounds that can be used to help ease these burdens."

However, while the real estate sector is certainly suffering the most from mis-selling, it is a problem that is affecting most sectors and industries. Amid recent claims that schools in England are paying nearly £1bn for energy, Business Energy Claims has suggested that schools could have been mis-sold 15% of their total energy spend.

Oliver Holmes, Head of Operations at Business Energy Claims, said: “We are saddened to see the extent to which schools are struggling with day-to-day operating costs. Ultimately, schools should not have to decide between good education or heating. We suspect these schools could be at risk of being mis-sold approximately 15% of their total spend on energy.

“Against a backdrop of O&G giants making significant profits across the board, normal SMEs are struggling with rising costs and the prospect of reduced consumer spend.

“As experts in energy mis-selling claims, our main concern is how the price cap can be increased by such a level that allows billions in net profit to be made," he added.

"It is clear that businesses are being impacted in the same way as consumers, and what’s even worse is that they are not protected by a cost cap and will continue to see prices rise without government intervention."

Business Energy Claims, which operates on a 'no win no fee' basis, describes itself as "a determined group of energy and legal experts" whose mission is to help businesses and organisations recover losses from commissions and losses due to mis-selling of energy contracts, with claims ranging from £2000–£1,800,000.