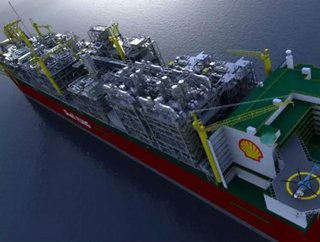 The 488-metre-long hull of Shell’s Prelude floating liquefied natural gas (FLNG) facility was floated out of the dry dock last week at the Samsung Heavy Industries yard in Geoje, South Korea, where the massive ship is under construction.

Once complete, Prelude FLNG will be the largest floating facility ever built. It will be moored off the coast of Australia and should produce approximately 3.6 million tonnes of liquefied natural gas per annum.

“This is revolutionary technology developed by Shell,” says Neil Gilmour, vice president, Shell Integrated Gas Development. “It has the potential to change the way we produce natural gas.”

Prelude FLNG is the first deployment of Shell’s FLNG technology and will operate in a remote basin around 475 kilometres north-east of Broome, Western Australia for around 25 years. The facility will remain onsite during all weather events, having been designed to withstand a category 5 cyclone.

FLNG will allow Shell to produce natural gas at sea, turn it into liquefied natural gas and then transfer it directly to the ships that will transport it to customers. It will enable the development of gas resources ranging from clusters of smaller more remote fields to potentially larger fields via multiple facilities where, for a range of reasons, an onshore development is not viable.

“This has never been done before,” says Neil. “We had to find ways to adapt our technology for off shore.”

Once complete, the facility will have decks measuring 488 by 74 meters, the length of more than four soccer fields. With its cargo tanks full it will weigh roughly six times as much as the largest aircraft carrier.

More than 600 people around the world spent over 1.6 million hours working on different design options for the facility.

Despite its impressive proportions, the facility is one-quarter the size of an equivalent plant on land. Engineers have designed components that will stack vertically to save space. The operating plant, for example, will be placed above LNG storage tanks.

They also came up with the idea of tapping the cold of the ocean depths by pumping water to help cool the gas, avoiding the need to for extra equipment on deck. “For LNG you need a cooling medium, like in your fridge at home,” says Neil. “We’ve invented a system to take water from deep in the ocean.”

An assembly of eight one-meter diameter pipes will extend from the facility to about 150 meters below the ocean’s surface. It will deliver around 50,000 m3 of cold seawater each hour. This helps to cool the gas from below the facility, saving deck space.

Check out more stories on the natural gas industry:

The FLNG facility is designed to operate and stay safely moored even in the most extreme weather conditions. The sheer size of the full-scale facility will help it to withstand very high winds and giant waves. In addition, it will be secured in place by one of the largest mooring systems in the world.

A 93-metre (305-foot) high turret, spacious enough to house the Arc de Triomphe, will run through the facility. Four groups of mooring lines will anchor it to the seabed.

The system allows the facility to turn slowly in the wind – absorbing the impact of strong weather conditions – while remaining moored over the gas field. It can stay safely moored at sea even during the most powerful cyclones.

This saves valuable production days that would otherwise be lost on disconnecting the facility and moving it off the field.

Three 6,700-horsepower thrusters will sit in the rear of the facility. Two of these will operate at any one time to turn the facility out of the wind and allow LNG carriers to pull safely alongside to load.