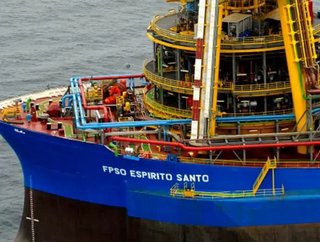 Shell and its partners have begun production from the second development phase of the Parque das Conchas (BC-10) project, located offBrazil&#39;ssouth...

Shell and its partners have begun production from the second development phase of the Parque das Conchas (BC-10) project, located off Brazil's south-east coast. The BC-10 project (Shell share 50 percent, Petrobras 35 percent, ONGC 15 percent) is comprised of several subsea fields which are tied back to a floating production, storage and offloading (FPSO) vessel, named the Espírito Santo.

In 2009 the first phase of the project began production, when the Abalone and Ostra fields were connected, along with the Argonauta B-West reservoir. The peak production of the first phase was more than 90,000 barrels of oil equivalent (boe) in 2010, and is currently producing some 35,000 boe per day.  Phase 2 connected a fourth reservoir to the vessel, the Argonauta O-North. At its peak, Phase 2 is expected to produce approximately 35,000 boe per day.

“Boosting production at BC-10 with the completion of phase two is another great example of our successful project development, delivery and execution capabilities,” said John Hollowell, executive vice president for Deep Water, Shell Upstream Americas. “It is a great day for Shell in Brazil.”

Building on what was already a successful proving ground for technology innovation; a 4-D Life of Field Seismic monitoring system was installed as part of Phase 2 subsea development. This technology, consisting of a network of seismic sensors installed throughout the field on the seabed, allows the company to more effectively and efficiently monitor the reservoir. This is the deepest installation of its kind on a full-field scale in the world (approximately 1,800 meters or 6,000 feet).

Expecting to maximize the production life of BC-10 even further, Shell and its partners recently announced in July the decision to move forward with the project's third development phase, which will include the installation of subsea-infrastructure at the Massa and Argonauta O-South reservoirs. Once online, Phase 3 of the BC-10 project is expected to reach a peak production of 28,000 boe.

Phase 3: In July 2013, Shell and partners decide to move forward with development of the Massa and Argonauta O-South reservoirs.

Shell is currently operating two FPSOs in Brazil's offshore - the Espírito Santo at Parque das Conchas and the Fluminense at the Bijupirá/Salema fields.