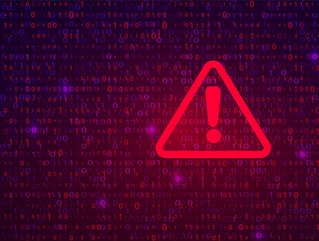 In an era of increasing reliance on the digital world, companies in the energy sector must be more vigilant than ever regarding cyb...

In an era of increasing reliance on the digital world, companies in the energy sector must be more vigilant than ever regarding cybersecurity.

To address this issue, German multinational industrial manufacturing company Siemens has produced an online guide to assist corporations’ comprehension of what a cyberattack consists of and how to prevent one.

Citing research from Poneman Institute, Siemens considers the risks posed towards utility companies in particular far more damaging than other companies: whilst the latter may only compromise financial information, the former could jeopardise the operation of vital services.

No matter how adequately an energy company deals with a cyberthreat after it has already infiltrated the business, there is no denying that the best offence is a solid and thorough defence.

continues long after normal operations have been restored,” says Siemens.

Therefore, the company recommends following carefully arranged ‘steps’ which are interlinked and form a self-perpetuating cycle:

Preparation: Energy companies should allocate specific teams and job roles for staff trained to handle cyberthreats, who should then prepare a methodical response programme which can be easily deployed when needed.

Identification: Familiarity with a system during normal operations will help to recognise abnormalities faster.

Containment: Once an incident has been identified, the next course of action is to isolate the spread of ‘infection’ and prevent the compromisation of multiple systems. This can be difficult for energy companies, which emphasises the importance of planning.

Eradication: Forensic teams must get rid of the threat with a view to restoring normal operations as soon as possible. Backing up essential operations should be given paramount importance.

Recovery: Following the elimination of the cyberthreat, energy companies should restore critical functions and perform system integrity checks. Evidence should also be collected on the nature of the threat and how it was dealt with.

Lessons learned: After normal service has been restored, all evidence and documentation associated with the attack should be compiled and analysed in order to inform any subsequent changes that need to be made.

“In the same way that the physical safety of a plant depends on many people understanding their roles and responsibilities to ensure the availability and safety of operations, cybersecurity is a collective undertaking,” Siemens says.

“Teams that have built and practised an IR playbook in advance of a breach will perform better than teams forced to improvise every time.”