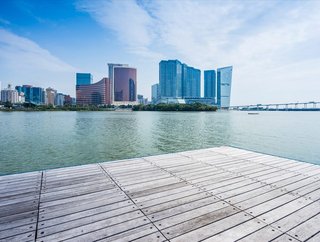 This year the Public Utilities Board of Singapore (PUB) instituted its first tariff raise since 2000. The rise is in order...

This year the Public Utilities Board of Singapore (PUB) instituted its first tariff raise since 2000.

The rise is in order to secure the country’s future water needs, as well as managing the risk of extreme weather conditions and water scarcity propelled by climate change.

The increase was instituted to fund new investments towards NEWater and desalination sources; PUB expect the alternative source will contribute to 85% of Singapore’s future water needs by 2060.

Funding for risk assessment of extreme weather and water scarcity was also a contributing factor, with Singapore’s weather conditions expected to get more extreme in the future.

The increase in tariff is part of a long-term strategy, with rates in the city-state increasing by 30% phased over two years. The next increase is projected for 2018.

Due to decades of investment in desalination and wastewater reuse facilities and despite being one year into the five-year election cycle, the government only implemented the rate hike this year.

“To encourage prudent usage and ensure sustainability, PUB prices water to the cost of producing it from the next available source, which is likely to be from NEWater and desalination,” reported a spokesperson from PUB.

PUB’s investment in water infrastructure is predicted to cost approximately US$4bn over the next five years.

The countries tariffs are still relatively low compared to Europe and America, however, partly due to the government’s subsidising drainage costs.

These findings were sourced from the Global Water Tariff Survey 2017, and were published in a new White Paper entitled The Global Value of Water by GWI and the Global Water Leaders Group (GWLG) in partnership with Arup.