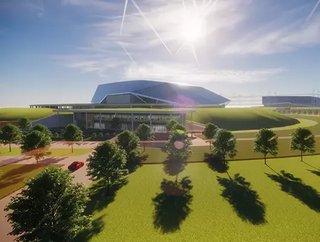 The Nuclear AMRC will work with Rolls-Royce on the next phase of its small modular reactor (SMR) development programme and prepare critical components for commercial production in the UK, after government commitments for £210 million of funding to develop small modular reactors have been matched by more than £250 million private investment.

The University of Sheffield’s Nuclear AMRC will work with Rolls-Royce SMR to develop the manufacturing capability for a variety of advanced processes, using modern machining, joining and testing facilities of the Nuclear AMRC’s research factory in Rotherham. The centre will also support the design of a new UK factory for large SMR components.

Following this process development, the Nuclear AMRC will continue to work with Rolls-Royce to create a fully integrated pre-production proving facility for SMR manufacturing. The proving facility will be used to manufacture large-scale prototypes of the reactor pressure vessel and its closure head.

The Nuclear AMRC will also draw on the wider capabilities of the High Value Manufacturing Catapult and UK universities to apply the full range of innovative research and development to SMR manufacturing.

Andrew Storer, CEO of the Nuclear AMRC, said the Rolls-Royce SMR can play a huge part in the UK’s journey to net zero emissions.

"Because it’s designed in the UK and will be manufactured here, it can also help drive the economic revival of our industrial heartlands. As a small factory-built reactor, it’s a much better fit for the current capabilities of the UK nuclear supply chain, which will help us maximise the economic benefits of the energy transition," he said.

“Our task now is to apply the advanced manufacturing technologies that we’ve been developing at the Nuclear AMRC over the past decade, and ensure that as much of the SMR as possible can be made in UK factories, as cost-effectively as possible while meeting all the quality and safety standards expected by nuclear customers and regulators. We’re delighted to play a part in this genuinely world-leading technology development project.”

The entire plant is being designed as a number of modular sub-assemblies which will be manufactured in factories then transported to site for rapid assembly inside a weatherproof canopy. That will cut costs and project risks by avoiding weather disruption, and also secure efficiency savings by using streamlined and standardised manufacturing processes for all its components.

Initial development was carried out by the UK SMR Consortium, a collaboration of Assystem, Atkins, BAM Nuttall, Jacobs, Laing O’Rourke, NNL, the Nuclear AMRC, Rolls-Royce and TWI. The 18-month first phase was backed by an initial £18 million match-funding investment from the government’s Industrial Strategy Challenge Fund, and ended in early 2021.

The Nuclear AMRC demonstrated how a range advanced manufacturing techniques can reduce capital costs and production time for a new generation of compact modular power stations. The centre’s work focused on key manufacturing technologies which could be deployed in SMR factories across the UK.

In the second phase, the Nuclear AMRC will continue to carry out manufacturing capability delivery projects in areas including fixed and portable machining, post-process cleanliness, measurement process development, welding/cladding, and digital manufacturing.

Rolls-Royce SMR is using proven nuclear technology, coupled with a unique factory-made module manufacturing and on-site assembly system, to harness decades of British engineering, design and manufacturing knowhow. It brings together the best of UK industry to ensure a decarbonisation solution that will be available to the UK grid in the early 2030s. The potential for this to be a leading global export for the UK is unprecedented.

Nine-tenths of an individual Rolls-Royce SMR power plant will be built or assembled in factory conditions, and around 80 per cent could be delivered by a UK supply chain – a unique offering in energy infrastructure in the UK. Much of the venture’s investment is expected to be focused in the North of the UK, where there is significant existing nuclear expertise

A single Rolls-Royce SMR power station will occupy the footprint of two football pitches and power approximately one million homes.

It can support both on-grid electricity and a range of off-grid clean energy solutions, enabling the decarbonisation of industrial processes and the production of clean fuels, such as sustainable aviation fuels (SAF) and green hydrogen, to support the energy transition in the wider heat and transportation sectors.

"The financial commitment sends a strong message to this nascent market at a time when it is most needed," he said.

"With two out of the four planned new large-scale nuclear new build projects failing (and possibly a third) in recent years, due to the lack of a bankable funding arrangement, based upon contracts for difference; and latterly the regulated asset base model, we have seen a large number of potential nuclear technology and development companies exit the UK with huge sunk costs for their potential developments.

"With siting options already undertaken with the Nuclear Decommissioning Authority for large-scale new nuclear build, we hope that today's announcement will serve as a shot in the arm for new nuclear build with small modular and medium modular reactors taking the lead on establishing firm and stable low/zero carbon energy generation for the UK and beyond."

Shane Toal, Partner at DWF, added that it has a potential to close the gap in base load, whilst addressing some of the intermittency issues we face as a consequence of changing weather patterns, but also energy shocks like the ones we have encountered this year with the loss of a key strategic interconnector and gas market turbulence, all of which placed added pressure on our security of supply.

"If, as has been suggested by BEIS, the deployment of this technology can be done so more quickly and cheaply than before, then it maybe a way to accelerate the shift towards securing cleaner energy. What will be equally interesting to see is whether the UK's regulatory and planning systems can match the pace of change required to enable the deployment of this technology quickly."

According the International Atomic Energy Agency, approximately 70 SMR concepts are currently under development, a 40% increase from 2018.

SMRs rely on a business case that requires the development of a global SMR market to become economically viable, according to the Nuclear Energy Agency. In a 'Challenges and Opportunities' paper, it states: