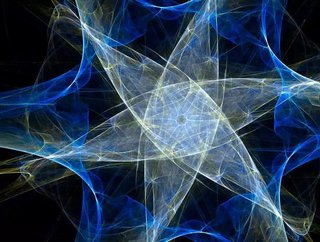 German energy-tech innovator sonnen is celebrating its tenth anniversary and reflecting on its mission to become a utility of the future. Beginning its...

German energy-tech innovator sonnen is celebrating its tenth anniversary and reflecting on its mission to become a utility of the future.

Beginning its journey with the development of the sonnenBatterie, which allows customers to create a virtual power plant (VPP) by storing energy from solar panels and redistributing it, with the potential for meeting 75% of their power requirements with self-produced energy.

The revolutionary idea of channelling electricity to storage batteries, as opposed to back into the grid, has the potential to stabilise national energy infrastructure, reduce consumer costs and provide further integration for renewables.

An idea for the future

Founded in 2010, sonnen was the creation of Christoph Ostermann and Torsten Stiefenhofer from Wildpoldsried, Bavaria. Together, they worked on bringing the aforementioned battery to market - the world’s first lithium-ion home battery storage system.

"When we started sonnen, our vision was for every household to become a clean, small power plant. The sonnenBatterie was ahead of its time when the market for a home battery did not exist. We had no competition and we had no customers either," said Ostermann.

Yet the idea of VPPs continued to gain traction and has now expanded into an exciting new prospect for the future of energy.

Earlier in 2020, Energy Digital explored the company’s deployment of its sonnenBatterie to store excess power generated by wind turbines in northeast Germany:

With the network managed by blockchain, the sonnenBatteries turn what was previously a waste product into something that could save money for the consumer and promote a new, eco-friendly method of meeting modern electricity requirements.

sonnen’s VPP works by mitigating the need for ‘energy bottlenecking’ in the production of wind power, wherein network operators will limit the amount of energy being channelled into it by creating a ‘bottleneck’ to reduce power.

This creates a waste problem as valuable energy is essentially jettisoned to shore-up the integrity of the grid.

sonnen claims that, in 2018, at estimated 5.4 TWh of clean electricity was lost by bottlenecks, which could have been used to generate 2.6mn tonnes of CO2.

The VPP allows for operators to channel the excess energy in a lossless transfer to the sonnenBatteries instead, whilst still preventing the grid from overloading.

The company has been on quite a journey from its initial inception to its current plans and applications for its product. Employing over 700 people in nine global locations, with 50,000 customers and sonnen’s acquisition by Shell in 2019, its industry reputation is growing.

"sonnen is a completely different organisation from when we first began. In a new market, that did not exist before, you have to adjust to new situations and to reinvent yourself permanently.

“That’s why we did not stop being a manufacturer for smart storage systems because we realised that it was just the first step of creating a new energy world that is clean, decentralised, digital and affordable,” added Ostermann.

The spirit of innovation continues to permeate the company, which now counts sonnenCommunity, VPP software, sonnenNow and sonnenDrive amongst its portfolio of energy achievements.

"For most households, the issue of energy supply has looked the same for decades. There's an electricity contract and households are billed for the annual kilowatt-hours consumed. This is short-sighted because the entire energy system is undergoing fundamental changes.

“As a new energy supplier, sonnen is giving households complete and easy access to greater possibilities to achieve energy independence on their own terms," concluded Ostermann.