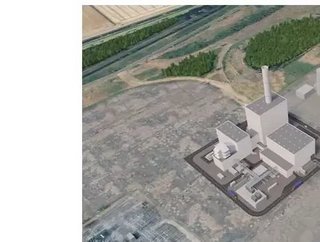 Keadby 3 comprises a 900MW power station fuelled by natural gas and fitted with carbon capture technology to remove the CO2 from its emissions (pictured). The captured CO2 would then be transported using shared pipelines before being securely stored under the Southern North Sea.

Keadby 3, whose formal consultation concluded in early 2021, is currently progressing towards the submission of a development consent application this Spring. Keadby 3 would have the potential to come online by 2027, in line with Government ambitions for ‘Track 1’ industrial cluster projects.

Keadby Hydrogen power station would have a peak demand of 1,800MW of hydrogen, generating around 900MW of electricity with zero emissions at the point of combustion.

Both plants would replace older, carbon-intensive generation on the electricity grid, providing flexible and efficient power to support intermittent renewable generation and maintain security of supply through the net zero transition.

Keadby 3 could deliver 15% of the target for 10MT of carbon captured annually by 2030, while the demand from Keadby Hydrogen could account for a third of the 5GW hydrogen production goal.

SSE Thermal claims it will be one of the UK’s first power stations with carbon capture and storage (CCS) technology, and the 'world’s first' major 100% hydrogen-fired power station, although developments are constantly being announced globally, including ones in Virginia, Ohio and Pennsylvania.

Final investment decisions will depend on the progress of policy frameworks that are commensurate with the delivery of the infrastructure.

The projects would utilise the parallel hydrogen and CO2 pipeline infrastructure being developed by the Zero Carbon Humber (ZCH) partnership – which includes Equinor and SSE Thermal – and offshore CO2 infrastructure developed by the six-member Northern Endurance Partnership (NEP), which includes Equinor. Both ZCH and NEP won public funding from the UK’s Industrial Strategy Challenge Fund in March.

Equinor’s H2H Saltend project will be the first to connect into the ZCH infrastructure and will come online by the mid-2020s. Like the additional hydrogen that would be produced for the Keadby Hydrogen project, H2H Saltend will provide low-carbon hydrogen to already-identified customers.

Today’s agreement builds on the longstanding partnership between Equinor and SSE in the UK, which includes joint ownership of the Aldbrough Gas Storage facility in East Yorkshire, and the joint venture to build the Dogger Bank Offshore Wind Farm, the largest offshore wind farm in the world.

Stephen Wheeler, Managing Director of SSE Thermal, said: “With over 12 million tonnes of annual carbon emissions, ideal transport and storage options, and major energy and industrial companies working together, the Humber has to be at the centre of the UK’s decarbonisation strategy.”

Andrew Percy, MP for Brigg, Goole and the Isle of Axholme said: "Large-scale development and investment of this kind will bring both local employment and supply chain value, and I am committed to working closely with both SSE Thermal and Equinor to ensure these opportunities are realised for the region."