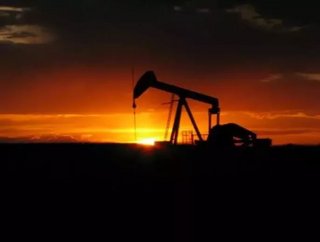 Texas, the second largest state in the Union, rich in oil and renewable resources alike stands as an internationally recognized energy capital. Alread...

Texas, the second largest state in the Union, rich in oil and renewable resources alike stands as an internationally recognized energy capital. Already a leader in oil drilling activity, Texas now has at least ten shale plays of production potential that could very well reshape the future of the industry in the US.

Although only a few of those plays are being tapped, Texas oil production reached a 25-year record high of 2.139 million barrels a day last November. According to a study conducted by the University of Texas-San Antonio, the Eagle Ford shale production gave a $25 billion economic boost to the area in 2011. It also supported some 48,000 jobs in the oil and gas market alone.

Before 2011, shale production was practically nonexistent. Once it took off in 2011, it nearly tripled by 2012.

The latest UTSA study revealed something even more spectacular: the 2012 economic impact from Eagle Ford was $61 billion—the biggest oil and gas development in the world last year.

According to an article in Forbes, “there are several studies that point to the Eagle Ford Shale eclipsing the East Texas Field as the biggest oil field ever discovered in the lower 48 states.”

That also accounted for a whopping 116,000 jobs in once sparsely populated parts of the state.

While the US Geological Survey (USGS) estimates that the Eagle Ford recoverable reserves is around 10 billion barrels of oil (two and a half times North Dakota's Bakken shale), complete development of the field is set to take the patience of decades.

But Eagle Ford represents just one of Texas' numerous shale play in a state where more than half of the country's (20 percent of the world's) drill rigs are turning. Initial estimates of Texas' Cline Shale play point to recoverable reserves of 30 billion barrels of oil.

Devon Energy Corp, an independent oil and natural gas exploration and production company, has stepped up as one of Cline's early-in players. Under a partnership with Sumitomo Corporation, which has invested $1.4 billion in Devon's activities in that play, Devon's 2013 plans to drill in the area are aggressive (up to 140 wells).