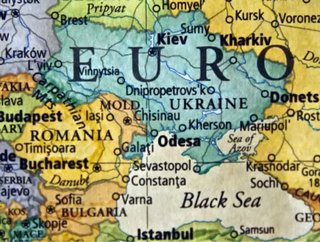 As tension continues between Ukraine and Russia, Ukrainian radical political leaders have threatened to sabotage the Trans-Siberian Pipeline if a conflict begins. Even a temporary closure of the natural gas pipeline would have a remarkable impact on the energy needs of Europe.

According to early reports on Tuesday, Ukraine’s National Guard and security services have increased their protection of the natural gas pipelines across the country.

Europe, including all EU members plus Turkey, Norway, Switzerland, and the non-EU Balkan states, consumed 18.7 trillion cubic feet (Tcf) of natural gas in 2013. Russia supplied 30 percent (5.7 Tcf) of this volume, with a significant amount flowing through Ukraine.

EIA estimates that 16 percent (3.0 Tcf) of the total natural gas consumed in Europe passed through Ukraine's pipeline network, based on data reported by Gazprom and Eastern Bloc Energy. In the past, as much as 80 percent of Russian natural gas exports to Europe went through Ukraine. This number has fallen to about 50 percent since the Nord Stream pipeline, a direct link between Russia and Germany under the Baltic Sea, came online in 2011, according to the U.S. Energy Information Administration.