Top 10 utilities companies in the world 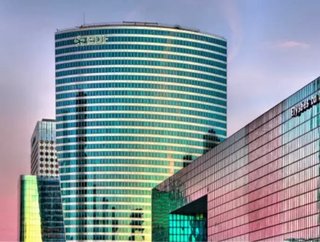 [email protected] The March issue of Energy Digital magazine is live 1.) Duke Energy, U.S. Duke Energy, based in Charlotte, N.C., has a $49.3 billio...

Duke Energy, based in Charlotte, N.C., has a $49.3 billion market value. It is the largest electric power holding company in the U.S., supplying and delivering energy to approximately 7.2 million customers. Duke has approximately 57,700 megawatts of electric generating capacity in the Carolinas, the Midwest and Florida – and natural gas distribution services in Ohio and Kentucky. Duke’s commercial and international businesses own and operate diverse power generation assets in North America and Latin America, including a portfolio of renewable energy assets.

GDF Suez, based in Paris, is a multinational electric company with a $45 billion market value.The company, formed in July 2008 by the merger of Gaz de France and Suez, traces its origins to the Universal Suez Canal Co. founded in 1858 to construct the Suez Canal. The firm also holds a 35 percent stake in Suez Environnement, the water treatment and waste management company spun off from Suez at the time of the merger

EDF, based in Paris, is one of the leaders in the European energy market with a $35.3 billion market value. It is an integrated energy company active in all areas of the business: generation, transmission, distribution, energy supply and trading. In France, it has mainly nuclear and hydropower generation facilities where 95.9 percent of the electricity output is CO2-free. EDF is involved in supplying energy and services to approximately 28.6 million customers in France.

Iberdrola, based in Bilbao, is active in nearly 40 countries, has almost 32 million customers, and a $33.6 billion market value. Subsidiaries include Scottish Power (Scotland), Iberdrola USA, and Elektro (Brazil), among others. The company has undergone a wide-ranging transformation over the last 10 years that has enabled it to advance through the ranks to become the number one Spanish energy group, the world leader in wind energy, and one of the world's top power companies. After more than 150 years moving forward, the company has laid the foundation for future growth.

Dominion Resources, based in Richmond, Va., is one of the nation's largest producers and transporters of energy, with a portfolio of approximately 23,500 megawatts of generation and a $32.7 billion market value. Dominion has 11,000 miles of natural gas transmission, gathering and storage pipeline and 6,400 miles of electric transmission lines. The company operates one of the nation's largest natural gas storage systems with 947 billion cubic feet of storage capacity and serves retail energy customers in 15 states.

E.ON, based in Düsseldorf, is one of the world's largest investor-owned electric utility service providers with a $32.5 billion market value. It operates in over 30 countries and serves more than 26 million customers. As result of mergers, E.ON inherited the subsidiaries of VEBA, VIAG and Ruhrgas in Central and Eastern Europe. It is also present in Russia, where it has a 6.4 percent stake in the natural gas company Gazprom, control of the generation company OGK-4; and is present in most of Scandinavia.

Enel, based in Rome, is the main operator in Italy and has a $32.2 billion market value. It manages 39,979 MW of installed capacity, produces 79 TWh per year, and serves more than 31.3 million customers. Since 2006, the company has become the second largest gas seller Italy with 4.3 million customers. Enel Green Power manages renewable power plants for a total capacity of 3,068 MW.

NextEra Energy, based in Juno Beach, Fla., is the largest generator of wind and solar power in North America with a $31.6 billion market value. The company has more than 125 facilities in operation in 24 states and Canada and generates 17,771 megawatts. Approximately 95 percent of NextEra’s electricity comes from clean or renewable sources

Exelon Corp., based in Chicago, with a $28.5 billion market value, has operations and business activities in 47 states, the District of Columbia and Canada. The company has approximately 34,700 megawatts of owned capacity comprising one of the nation’s cleanest and lowest-cost power generation fleets. Exelon’s utilities deliver electricity and natural gas to more than 6.6 million customers in central Maryland (BGE), northern Illinois (ComEd) and southeastern Pennsylvania (PECO).