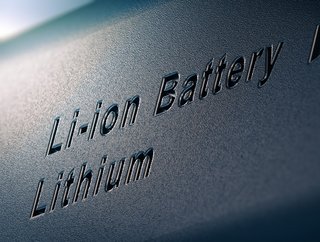 As a leader in the Lithium-ion battery industry, Toshiba has revealed the development of its new SCiB battery that offers both high-energy density an...

As a leader in the Lithium-ion battery industry, Toshiba has revealed the development of its new SCiB battery that offers both high-energy density and ultra-rapid recharging capabilities.

The next-generation battery will be able to provide some compact electric vehicles with 320km of driving from just six minutes of charging.

This is three times the distance that is available from current lithium-ion batteries, with such great increases made possible through the use of the new titanium niobium oxide anode material that has double the storage compared to traditional graphite-based Lithium batteries.

Toshiba’s current range of SCiB batteries are renowned for their reliable operational characteristics, acting as safe, long life and rechargeable batteries, often used in electric vehicles and infrastructure applications such as elevators and power plants.

However, this new battery could make significant headway in the market if developed successfully.

“We are very excited by the potential of the new titanium niobium oxide anode and the next-generation SCiB™,” said Dr. Osamu Hori, Director of Corporate Research & Development Centre at Toshiba Corp.

“Rather than an incremental improvement, this is a game changing advance that will make a significant difference to the range and performance of EV.”

Testing has revealed that the new battery stays true to the SCiB series, with the ability to operate at 90% capacity after as many as 5,000 charge cycles, as well as being able to operate at temperatures as low as -10 degrees Celsius.

Toshiba hopes that with continued success in improving the battery’s performance, the next-generation SCiB is expected to be released by the end of 2019.