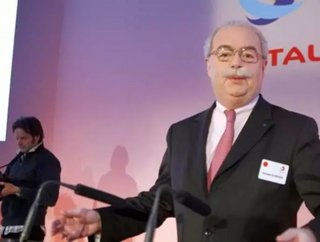 Written by John Shimkus In 1974, a young Christophe de Margerie decided to take on an internship with French oil and gas firm Total S.A. after graduati...

In 1974, a young Christophe de Margerie decided to take on an internship with French oil and gas firm Total S.A. after graduating from the Ecole Superieure de Commerce de Paris. Why did he choose Total? Because the company’s offices were located close to home. Now, nearly four decades later he is the chairman and CEO of one of the biggest oil and gas firms in the world.

2011 has been a busy year for de Margerie with the conflict in Libya affecting Total’s North African production and a possible merger of the company’s refining and chemicals divisions on the table. Total produced 55,000 barrels of oil per day in Libya prior to the ongoing conflict and is now slated as one of the companies most likely to benefit in a post-Gaddafi Libya.

"We want to cooperate with the Libyans on an industrial development plan to develop their oil and gas production," says de Margerie. "But we are not yet talking about new oil production contracts."

Total has already reopened an offshore oilrig in Libyan waters and believes production will resume fairly easily. "We have good reason to believe that our production facilities are in good shape despite the conflict,” he adds. “So we should be able to resume oil production quite quickly."

But unlike some of his fellow oil men who claim peak oil is far off, de Mergerie has a much more conservative view on oil reserves. “We don’t know everything,” asserts de Margerie, “but on oil reserves and production we know a lot, and it’s our duty to speak out.”

De Mergerie has gone on record claiming that in a few years global oil production will peak at 95 million barrels per day, after that, he says, “There will be a lack of sufficient energy available.”

In an attempt to become more competitive in the face of tough competitors like ExxonMobil and Chevron, Total is planning to merge its chemicals and refining divisions. This is a similar move made by most of the other oil supermajors nearly a decade ago and is a response now to overcapacity in the European refining market.

With a war, peak oil and a merger on his plate this year, it’s no wonder why Christophe de Margerie calls oil and gas “the most fascinating industry in the world.”